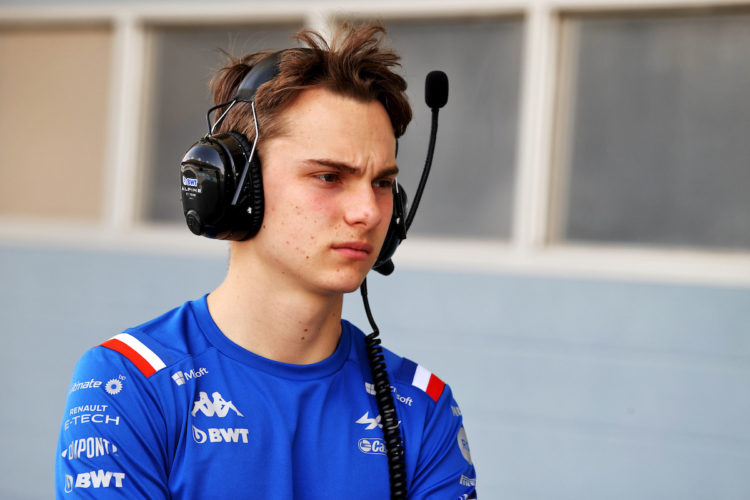 Alpine CEO Laurent Rossi has hit out at Oscar Piastri, believing there is “no excuse” over his decision to cut ties with the team.

Piastri will make his Formula 1 debut with McLaren in 2023, despite being part of Alpine’s junior academy since 2020.

His F1 future went to the Contract Recognition Board (CRB), as Alpine asserted that it had a deal in place with the Australian regarding a 2023 drive – however the CRB ruled in favour of McLaren.

Speaking to Auto Motor und Sport, Rossi revealed that Alpine planned to loan Piastri to Williams and then bring him back to the team when Fernando Alonso departed.

However, Alonso has opted to leave the Enstone-based squad at the end of 2022 to join Aston Martin.

After also losing its protégé in Piastri, Rossi has lashed out at the 22-year-old for his lack of loyalty to the organisation.

“He would have driven for us after Alonso left,” Rossi said. “McLaren and us are about the same strength. But we are a factory team. That’s a competitive advantage.

“He grew up in this team. He knows everyone with us. We’ve shown our commitment to him – shouldn’t he be a little grateful?

“Oscar would do well to be fast and deliver results next year. But even if he becomes the new Michael Schumacher, this story will stick with him forever.

“There is no excuse for Oscar’s behaviour. He has chopped off the hand that fed him and played with us because any draft contracts were not submitted on time.

“If he says he didn’t feel full affection from us, then I wonder why we offered him all the opportunities to become as complete a Formula 1 driver as possible?

“These were not empty words, but actions. If he claims that the contract situation was too obscure for him, then I say: He knew that we had the Williams contract in the bag.

“There was nothing murky about it. He just used this excuse to look elsewhere.”

Rossi believes that it would’ve made more sense for Piastri to start his F1 career with a team like Williams, who is currently competing at the lower end of the field.

The Frenchman drew a comparison to the likes of Red Bull’s Max Verstappen, Ferrari’s Charles Leclerc and Mercedes’ George Russell, who started their careers down the order before progressing up the grid.

“He was disappointed that we bet on Alonso and not on him straight away,” Rossi said. “And he didn’t want to drive for Williams.

“We told him he should be happy with what he’s getting. Fernando will definitely be racing at a much higher level than a rookie next year.

“Maybe Oscar would have got there at some point, but certainly not right away. This applies to 95 per cent of all drivers in the field.

“As for Williams, George Russell raced there for three years and it didn’t do him any harm. Has he ever complained? Now that he’s driving for Mercedes, it’s clear that this training couldn’t have been that bad.

“After all, Russell immediately drives on par with Hamilton, a seven-time World Champion. Leclerc, Verstappen and Vettel also learned from a junior team beforehand.”