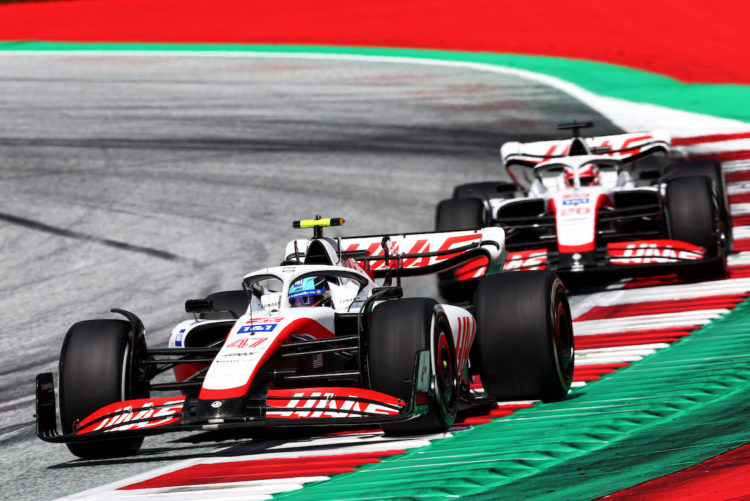 Haas’ trackside engineering director Ayao Komatsu has opened up on a frustrating period with Mick Schumacher earlier this year in Austria.

During the sprint race at the Red Bull Ring, Schumacher ran behind team-mate Kevin Magnussen and requested a position swap, feeling he had more pace.

However, the team order was not issued and Schumacher ended up dropping behind rivals before the chequered flag, failing to score points.

Although he would go on to take his best career result during Sunday’s grand prix, Komatsu revealed that Haas wasn’t pleased with the 2020 Formula 2 champion’s attitude at the event.

“Mick was behind Kevin and that frustrated him,” Komatsu told Motorsport-Total.com.  “His focus in the sprint race wasn’t the right one.

“We talked about that afterwards. We talked before the sprint race about how we would do it as a team. But what he did after that wasn’t great.

“And what he said after that wasn’t great either.”

Schumacher’s future beyond the 2022 campaign is unknown, however it is heavily rumoured that he will depart Haas at the end of the year.

The German was paired with Kevin Magnussen for his second year in F1, having been placed alongside Nikita Mazepin in 2021.

Magnussen boasts much more experience than Schumacher, with Komatsu accusing Schumacher of focusing too much on his team-mate.

“Sometimes Mick focuses too much on his team-mate,” he said. “Then I say to him ‘look, Kevin really likes to help you and he tells you things he would never have told Romain [Grosjean] before’.

“Then Mick thinks and realises the most important thing for the team is to get up in the Constructors’ Championship.

“I explain it to him: ‘Mick, come on, you’re doing well, focus on your own performance and not on this thing’. And then it’s fine again.

“It’s very good for Mick to have an established team-mate like Kevin. We didn’t know beforehand how good he is.

“Then Kevin came along and that gave us a reference. We think that with our 2021 car we would have been safe against Williams – we could have fought if we’d had Kevin back then. Mick would have benefited from that in his development.”