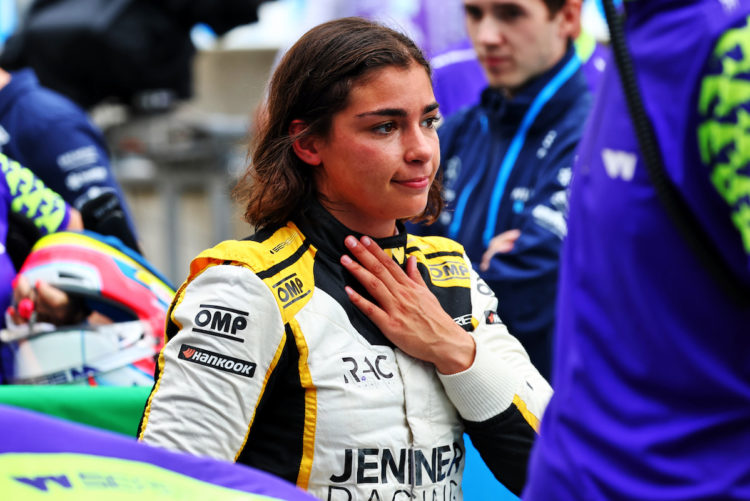 Jamie Chadwick has set a target of reaching Formula 1 within the next five years, as she aims to become the first female driver in almost half a century.

Lella Lombardi was the last female racer to compete in F1 in 1976, with only five women represented throughout the sport’s history.

Chadwick is currently racing in the all-female W Series, and is on course for a third consecutive title in the competition.

Recently, F1 CEO Stefano Domenicali stated that he doesn’t see a female reaching F1 within the next five years – a prediction that Chadwick is hoping to prove wrong.

“From my side, if I am in F1 I want to be within the next five years, so it does go against what he says,” Chadwick told Sky Sports News.

“I don’t want it to feel like we are still on the outside looking in.

“It now needs to become very much a sport where everyone is able to compete on a level playing field.

“If it’s not me, I am confident another young girl has the opportunity to. You want them to start and be inspired and know that they have the opportunity.”

Chadwick is already somewhat embedded into the F1 paddock, holding a development driver role with Williams for the last handful of years.

Recently, she tested an Indy Lights car as she looks to progress her career beyond the 2022 season.

“I want the best opportunity to develop as much as possible,” she said. “I want good seat time, a chance to get in the car and have as much experience as possible.

“As great as the W Series has been, the one thing that has been lacking is the seat time and development required.

“For that reason, that’s where maybe the perception of me is I should jump straight into maybe F2 or I read things about F1 and I always believe I am quite far away from that and seat time is going to be crucial.”