by Ashley Hambly
A A
3 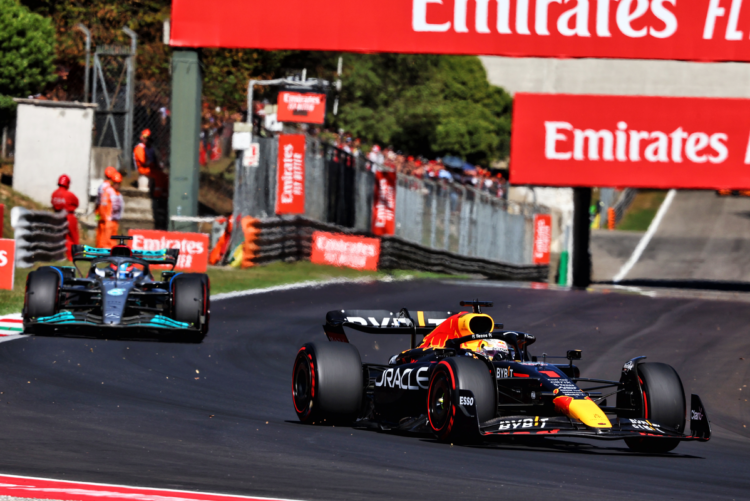 1996 Formula 1 world champion and Sky Sports F1 pundit, Damon Hill, has warned Red Bull that they will be overtaken by the end of the season if they seize the development of their RB18 F1 car.

Red Bull currently have one hand on both the Drivers’ and Constructors’ Championship with leads of 116 points and 139 points respectively. The triumph in the Constructor’s will be the first for the team since 2013.

With just six races left in the season, the Austrian team’s dominant leads in both championships would take something catastrophic to knock them off the top step.

However, Damon Hill offered some advice for how things might shape up at the end of the season: “If they don’t do any more development now on this car, I think Ferrari and Mercedes will be all over them by the time you get to Abu Dhabi.

“If you stand still for a second in Formula 1, in this sport you are going to be swamped. You are literally going to sink into quicksand,” he said on the latest episode of the F1 Nation podcast.

“So the pace for anyone, even if they are winning, the pressure is relentless.”

The current cost cap may have a part to play if Ferrari and Mercedes are able to bring any more upgrades to the table in the final six races.

With the championships all but wrapped up, there might not be a massive need for the teams to upgrade further with the idea of better development for 2023 being a more obvious choice.

F1 Nation host, Tom Clarkson, offered a differing opinion that Red Bull, Ferrari and Mercedes have all ceased development with their minds focused on next year.

“I think the cost cap will limit other teams’ ability to respond, there is only so much Ferrari and Mercedes can do now. In terms of development, it is all about 2023.

“I think it probably won’t close, they are all going to wait and hope to make the big step up over the winter because they’ve all spent their development budget.