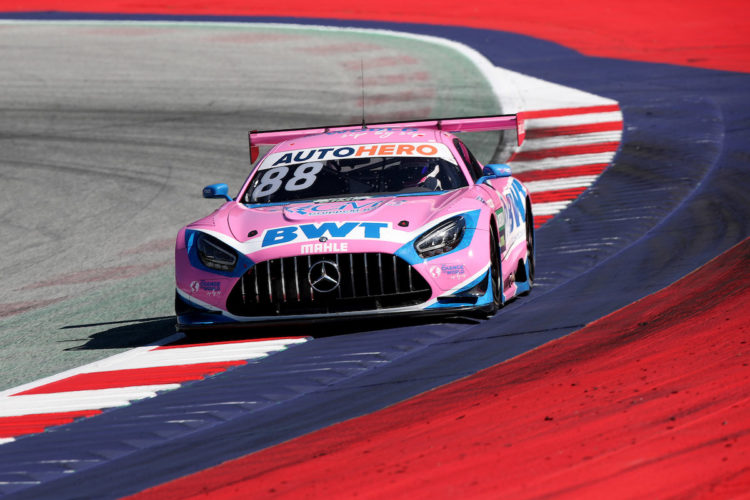 Just two minutes into the session and the first red flag came out, with Mikael Grenier losing control of his Mercedes-AMG at turn 2.

The session got underway again once Grenier’s car had been recovered, with Maximillian Gotz setting the pace. However, Engel pipped him, with the two Mercedes-AMG drivers staying 1-2 for the rest of the session.

Two other red flags followed Grenier’s, with Dev Gore losing control, then Ricardo Feller beaching his car in the gravel at turn 7, with just two minutes remaining on the clock.

Nick Cassidy, the Saturday race winner, qualified third, with teammate Felipe Fraga fourth. The Brazilian will be hoping for a clean race, as he’s only finished four races this season, either through bad luck or unforced errors, and didn’t finish Saturday’s race after a clash with Feller on the first lap.

Philipp Eng will start fifth, while Sheldon van der Linde qualified sixth, but will start 14th after a grid penalty for track limits in Saturday’s race. The South African championship leader will be hoping to get into the points as he endured a point-less Saturday, seeing his lead cut to just 13 points over Rene Rast. 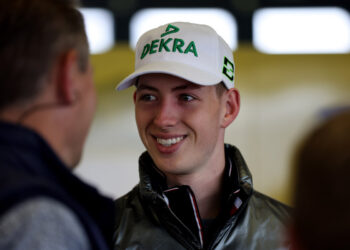 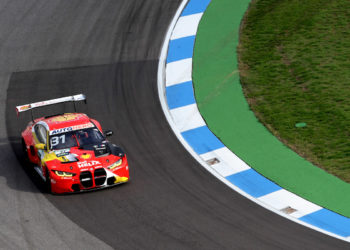 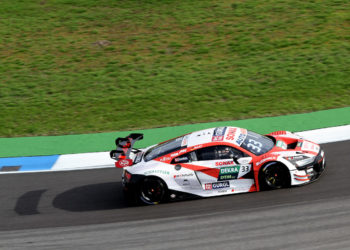