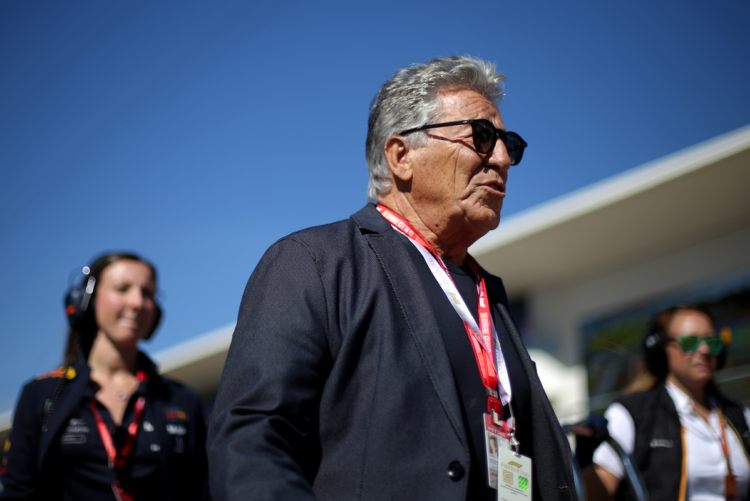 Former Formula 1 World Champion Mario Andretti has said that despite barriers he is facing in getting his Andretti Global F1 team on the grid in 2024, the project is still “preparing as if we were given the go-ahead”.

It was first reported towards the end of 2021 that Andretti was interested in joining F1 by taking over a majority stake of the Sauber team. The deal ended up falling through due to control issues over the team.

A few months later in February 2022, Mario Andretti himself took to Twitter to announce that his son Michael had put together the appropriate paperwork and filed it with the FIA to field an 11th team in the 2024 season.

The news was met by blockages from several F1 Team Principals with figures such as Toto Wolff and Christian Horner completely against the idea.

Zak Brown and McLaren, who also own a team in Indycar like Andretti, were the only team to show their support for the new entrant.

“Honestly, [the reaction] has been extremely disappointing, obviously, so far,” Andretti told planetf1.com. “But at the same time, we’re just trying to come up with whatever is asked of us, we’re trying to satisfy it – I don’t know what else we can do.

“We’re working every single day on this project, with the intention to be on the grid in 2024. We’re preparing as if we were given the go-ahead.

“So, Michael is on it, and that’s what we expect to do. We’re certainly not giving up. It’s a very serious project for us, and we’re ready to make that investment.”

F1 CEO Stefano Domenicali was also a voice who opposed Andretti’s plans and shared a similar to Wolff’s opinion of only teams that would offer value to the grid such as Audi should be allowed to field a new entrant.

Horner’s argument was to do with his fear of the evenly distributed profits of F1 having another team to pay out, diluting everyone else’s income.

“You hear different opinions sometimes, from different teams and so forth, and you wonder why there’s some disrespect out there that I don’t know that’s what we deserve,” Andretti continued.

“Our intentions are good for the sport. I don’t know why that investment wouldn’t be good, especially when you’re looking at a season going to 24 races next year, where it’s going to be such incredible stress on all the teams.

“To be able to ensure that you can guarantee a full grid, if you have a team or so potentially dropping out for a race or whatever, at least you have some insurance with 11 teams – that’s 22 prospective drivers out there.”