Steiner not convinced by Schumacher: ‘He lacks consistency’ 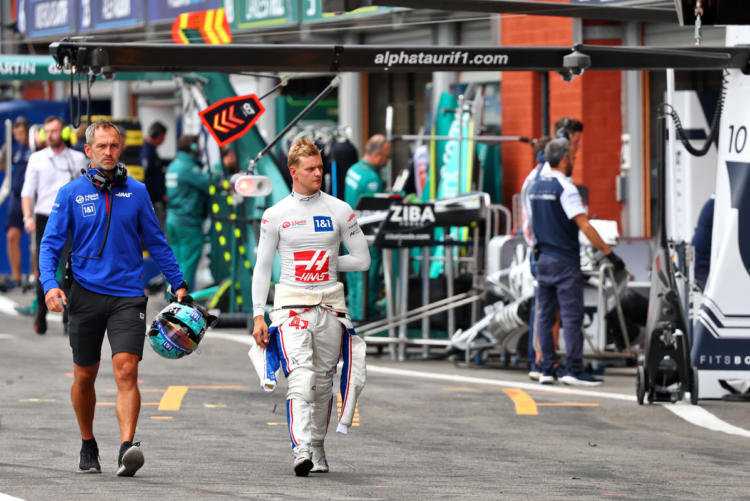 Haas Team Principal Gunther Steiner says Mick Schumacher needs to be more consistent if he wants to keep his seat at the American team for the 2023 Formula 1 season.

With Kevin Magnussen signed to a multi-year deal, it is still to be decided who partners him at Haas next season with Schumacher’s contract ending at the close of this season.

The German driver claimed the first points of his Formula 1 career at the British Grand Prix followed by a sixth place in Austria, but he has struggled to replicate that form on a consistent basis.

When questioned about the status of Schumacher’s seat at Haas next year, Steiner told speedweek.com: “That hasn’t been decided yet.

“I’ll be honest, we don’t know if Mick will stay or not. He has delivered very good races in Canada, Britain and Austria. But he lacks consistency – he would have to deliver strong performances more often.

“We are not in a hurry regarding the driver question and Mick still has chances to show what he can do.”

A handful of names have been linked with the seat including Nico Hulkenberg, Daniel Ricciardo and Antonio Giovinazzi. The Italian driver tested for the team in FP1 of the Italian Grand Prix and will do the same at the United States Grand Prix in October.

Steiner admitted that he has been talking to the names in question, stating: “That’s my job.”

“There is nothing concrete yet. In any case, we only want to take the smallest risk for the development of the team. You can take a big risk, which is great if it works out but bad if it doesn’t.

“There is nobody on the market from those who are currently driving,” Steiner explained when questioned if they were opting for a more experienced driver like Magnussen.

“Except Daniel Ricciardo maybe. His form is not great at the moment and we don’t know what he will do. Maybe he will take a year off. I’m talking to everybody, as I said.”