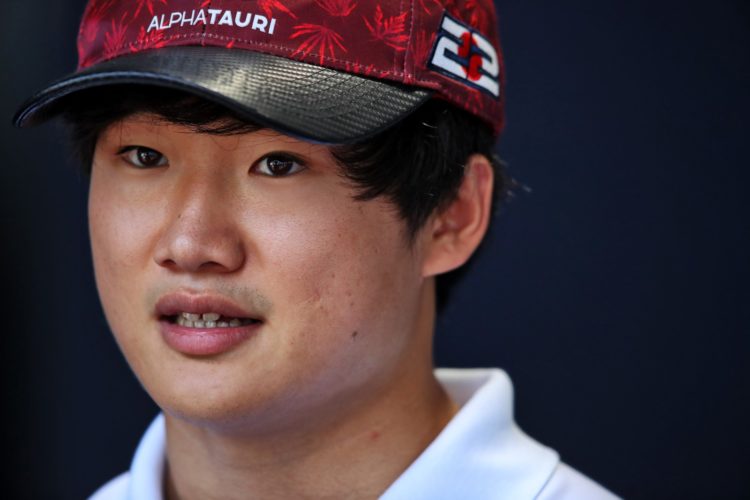 AlphaTauri has formally confirmed that Yuki Tsunoda will continue to race for the team in Formula 1 in 2023.

Tsunoda stepped up to Formula 1 in 2021 with the squad after surging through the FIA’s three-tiered single-seater pyramid in as many years.

Tsunoda capped his rookie campaign with a career-best fourth in Abu Dhabi but has scored only three times in 2022 amid AlphaTauri’s slip down the midfield order.

The Japanese youngster had been expected to remain with AlphaTauri into 2023 and the development was officially confirmed on Thursday.

“I want to say a huge thank you to Red Bull, Honda and Scuderia AlphaTauri for continuing to give me the opportunity to drive in F1,” said Tsunoda.

“Having moved to Italy last year, to be closer to the factory, I really feel part of the team and am glad that I get to carry on racing with them in 2023.

“Of course, our 2022 season isn’t over yet and we’re still pushing hard in the midfield battle, so I’m fully focused on finishing it on a high and then we will look forward to next year.”

AlphaTauri did not mention the identity of Tsunoda’s 2023 team-mate in its official press release.

It opted to retain Pierre Gasly for 2023 earlier this season but the Frenchman remains of interest to Alpine.

It is understood that AlphaTauri will release Gasly from his contract in the event that a suitable replacement can be found.