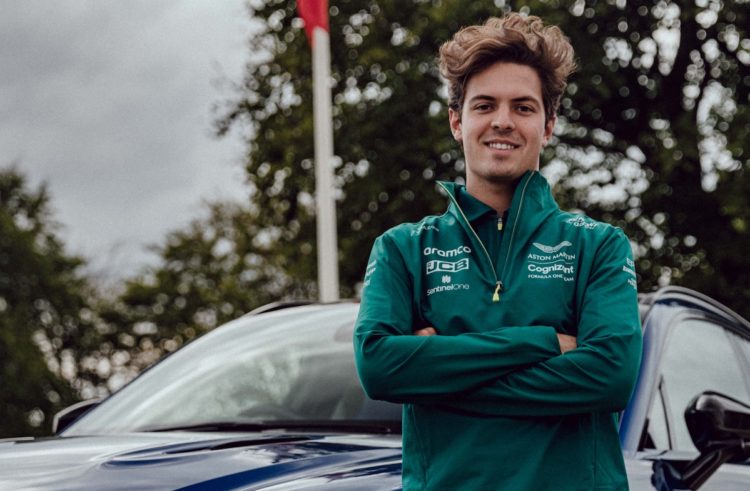 Felipe Drugovich undertook his first day in the Aston Martin factory at Silverstone earlier this week, after signing with the team earlier this month.

On the day he was crowned the 2022 Formula 2 Champion, Drugovich reached a deal with Aston Martin to join its newly formed driver development programme.

He is also undertaking the role of one of its reserve drivers, and is set to take part in FP1 at Abu Dhabi later this year.

During his first day at the factory, Drugovich jumped into the simulator and also had a seat fit in preparation for his outing later this year.

As well as his FP1 session, he will also drive the car at the post-season test from the Yas Marina Circuit, following the season-ending Abu Dhabi Grand Prix.

Drugovich has one more round remaining in the 2022 F2 series, which will also be held in Abu Dhabi alongside F1.

It will mark Drugovich’s final weekend in the junior category, as the champion is prohibited from returning to the grid the following year.