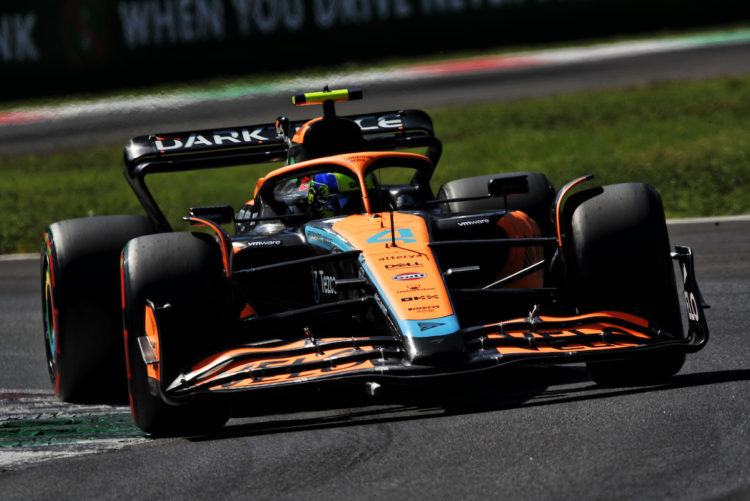 McLaren’s Lando Norris is getting closer to taking the top spot on a list of drivers who share an unwanted Formula 1 record.

Following the Italian Grand Prix earlier this month, where the Briton crossed the line in seventh place, he moved ahead of Romain Grosjean for the most points scored in F1 without a grand prix victory.

With 394 career points to his name, he is now second on the list, behind only Nico Hulkenberg.

Hulkenberg raced in F1 for nine seasons. Although he competed for several teams, he never registered a top-three finish.

Norris, currently in his fourth season of F1 competition, is now 127 career points away from taking the record away from Hulkenberg.

The 22-year-old came close to winning his maiden F1 race last year in Russia, before late rainfall saw him slide off the circuit after he chose to stay out on track on slick weather tyres.

The list that Norris is featured on is skewed to include a crop of recent or current F1 drivers, as the point system today rewards more drivers with a higher number of points compared to previous structures.

Norris has scored points at all but four races this year, taking a best result of third at the Emilia Romagna Grand Prix.

Also featured inside the top 10 list of most points without a win are George Russell (5th), Alexander Albon (7th), Lance Stroll (8th) and Kevin Magnussen (9th).