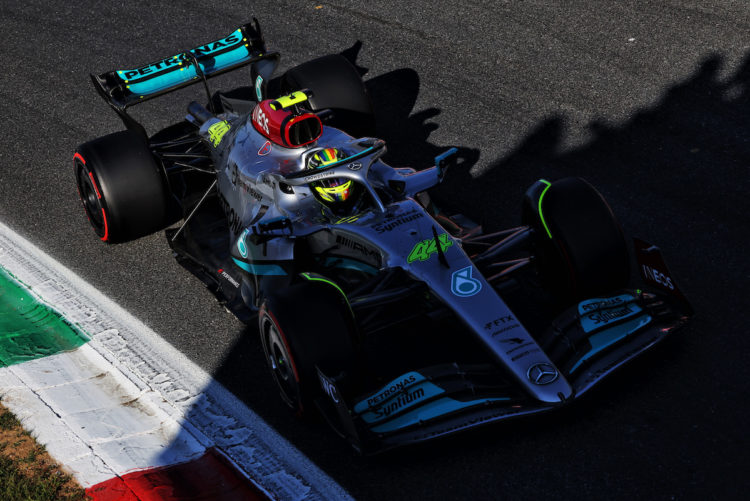 Lewis Hamilton asserts that he has complete faith in the direction Mercedes is pushing, despite its difficult 2022 campaign.

Mercedes is yet to take victory after the first 16 races this year, and is set to have its first championship-less Formula 1 season since 2013.

Hamilton has taken a smattering of podium results this campaign, as has team-mate George Russell – but the Brackley-based squad has failed to be consistently competitive with its rivals.

Mercedes spent the early part of the season attempting to understand its car, while it has been more on-form of late.

As it targets a route back to racing at the front of the field, Hamilton has backed Mercedes to successfully achieve its goal.

“It’s always complicated. But I would say… look, we’ve been very strong in the past, we’ve won world titles, our communication continues to improve,” Hamilton said.

“We’re holding more meetings, and breakout group conversations. And I’m trying to just help give as much feedback as I can about what I’m feeling in the car and what are those limitations where I could gain time.

“These will be things that they won’t be able to see in the data, that the driver is able to bring to it. So, working closely with George also on that.

“But there is potential in the cars: We’ve got downforce, it’s just in some places it we’re not able to utilise it.

“And ride quality, of course, is an area that we can always be better.

“So I’m comfortable the direction that we’re going and have 1,000% confidence in the guys back at the factory, who are stringing together all these pieces of the puzzle, and have no doubt that we will be back in a fighting position next year.”

Should Hamilton fail to record a victory before the end of the year, it will mark the first season in his F1 career that he hasn’t reached the top step of the podium.