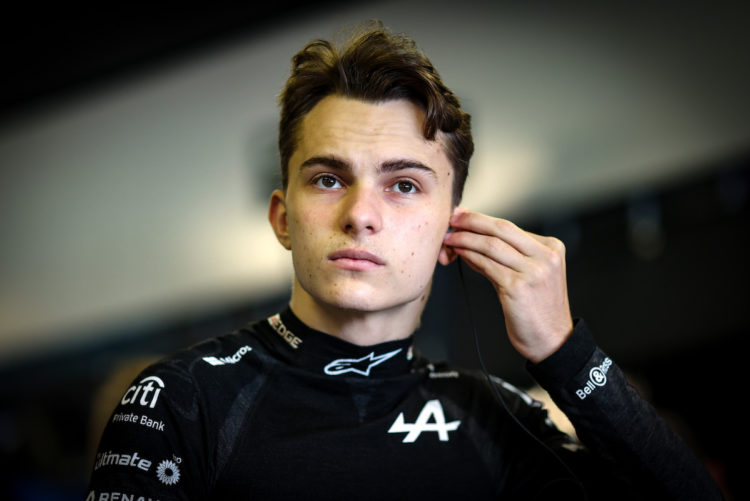 Alpine CEO Laurent Rossi admits that he is considering the team’s Formula 1 junior programme following its dispute with Oscar Piastri.

Earlier this month, it was confirmed that Piastri would depart Alpine at the end of the year to make his F1 debut with McLaren in 2023.

Piastri has been associated with Alpine for a number of years, joining its junior programme in 2020.

He went on to raise his profile by winning back-to-back titles in Formula 3 and Formula 2, before taking on the role of Alpine’s F1 reserve this year.

He was widely expected to replace Fernando Alonso at the team for 2023, but it soon emerged that he had an agreement in place with McLaren for next season.

The matter went to the Contract Recognition Board, who ruled that Piastri’s contract with McLaren was the only valid option for 2023.

Speaking to The Race, Rossi outlined that Piastri has dealt severe damage to Alpine’s programme to the point where it is questioning its investment in other juniors.

“We were the one who got the burn for everyone else,” Rossi said.

“The problem it creates is that it makes the market too fluid a place. That endangers the stakeholders that invest into it.

“If you decide that you’re going to save money every year, by not investing in drivers, and then you just poach them with that money you saved, it’s a different proposition.

“I’m not sure therefore I want to continue training those drivers, or I’m going to have to lock them in with a contract that might not be appealing to them.

“So how do you solve that? Now, we’re really wondering whether or not [to continue] beyond the current batch of drivers that we have and with whom we’re going to honour until the end our obligations as we have multi-year plans with them.

“We wonder if we’re going to take new drivers, because why would we?”