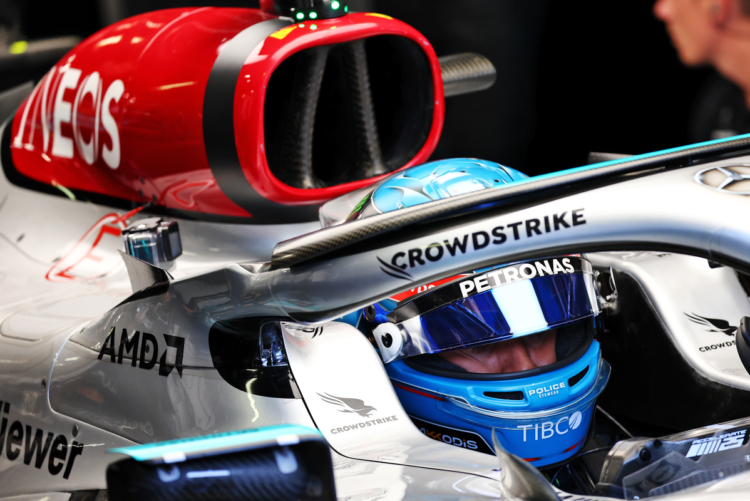 George Russell has hinted that Mercedes could change their radical sidepod-less design for 2023, stating that the team is exploring a number of options.

Mercedes caused a stir when they turned up to pre-season testing in Bahrain earlier this year, displaying one of the most unique designs on the grid.

While it hasn’t been as successful as the previous championship-winning cars, it has helped Russell and Mercedes team-mate Lewis Hamilton to 13 podiums between them this season.

“But ultimately whether we have the wide sidepods or the narrow sidepods, that isn’t the performance differentiator. There is more to it.”

Russell scored the first pole position of his Formula 1 career at the Hungarian Grand Prix where it became clear that the W13 favoured the high-downforce tracks.

While the Brit still stood on the podium in Monza, he made it clear that Mercedes still aren’t where they want to be in terms of performance on the low-downforce, high-speed circuits.

“That doesn’t mean that we can solve the issues overnight. We’ve got to keep on developing this car and next year will be an evolution of this and I think now we do have a totally clear direction of how to develop the car.”

Mercedes have identified Ferrari as their main rival in the Constructors’ Championship with the reigning champions sitting 35 points behind them in the current standings.

Russell also sits just 16 points behind Charles Leclerc in the Drivers’ Championship, with the Ferrari man being an early season championship contender.

“Definitely wasn’t our strongest race of the season by far, the car wasn’t feeling great,” Russell remarked about the Italian Grand Prix weekend. “We lost quite a bit of performance since FP1 on Friday and we don’t really know why but I think the biggest thing was the pace of Ferrari surprised us.