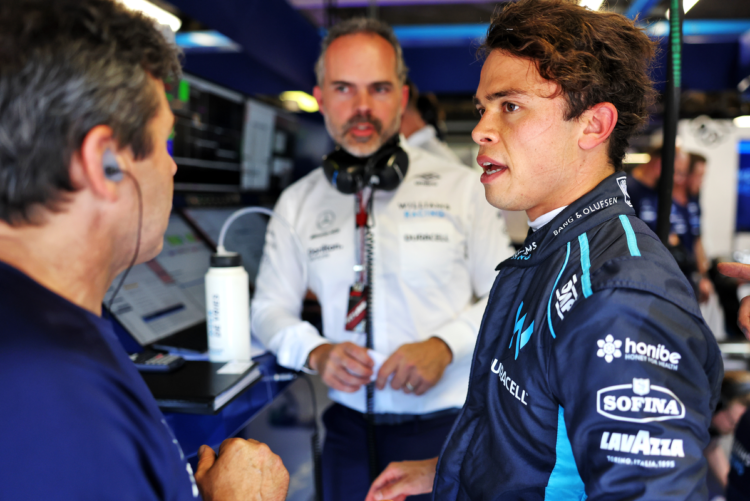 Nyck de Vries has confirmed that he has met with Red Bull advisor Helmut Marko in Austria regarding a drive at AlphaTauri for the 2023 Formula 1 season.

The 2021 Formula E champion made his F1 debut with Williams at the Italian Grand Prix and put in a strong performance to score a ninth-place finish.

He has subsequently in talks with the British team over the possibility of partnering up with Alex Albon next season.

With the Dutchman being part of the Mercedes set-up since 2020, the links with AlphaTauri come after Pierre Gasly’s role as the favourite to replace Fernando Alonso at Alpine.

“I don’t know if I am in such a luxurious situation that I can choose,” de Vries said on Humberto op Zaterdag, a Dutch TV show.

“That is beyond my control, I have been in talks with Williams for a long time and I was also able to make my debut there last weekend. That would be a logical step.”

As well as the links with Williams and AlphaTauri, de Vries also revealed that he has been in contact with Alpine as well regarding their vacant 2023 seat.

“Alpine I have been in contact with since July and I will test for them in Budapest next week. I will fly there on Monday.

“And as the media had noticed yesterday, I went to Austria to meet Helmut Marko. Those are the facts.”

After winning the 2019 Formula 2 Championship, de Vries has been one of the few champions that didn’t have a drive in F1 the following year.

With 2023 being his best opportunity of securing one, he stated: “Wherever I can get a permanent seat, I would be very happy with that. We have to see how it will develop in the coming days and weeks.”

“In this world, not everything is about performance but there is momentum now. That makes a difference, but it does not guarantee a seat. We are not that far yet.”