Brown: Verstappen, Raikkonen wouldn’t have been eligible for Super License

by Ashley Hambly
A A
8 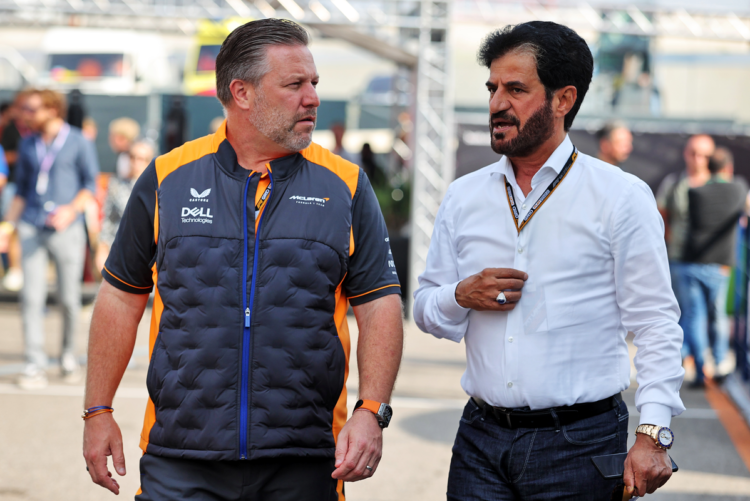 Zak Brown has questioned the Formula 1 Super License system and calls for the FIA to conduct a review of the current rules.

The comments come after Colton Herta’s link to a seat at AlphaTauri fell through due to a lack of Super License points for the American driver.

Speaking to media at the Indycar season finale at Laguna Seca, Brown said: “I get that rules are what rules are and they shouldn’t be broken, but I question whether just because those are the rules that in place now, those are the correct rules.

“Someone of Colton’s or Pato’s [O’Ward] Calibre or half of the ‘IndyCar’ field are Formula 1 capable. If someone like Colton who’s won a lot of IndyCar races isn’t eligible for a Super License, then I think we need to review the Super License system.”

Brown also makes the argument that F1 champions such as Kimi Raikonnen and Max Verstappen wouldn’t have qualified for a Super License when they made their debuts.

With 506 starts, 52 wins and 2 championships between them in F1, Verstappen would have had 15 points at the time of his debut with Toro Rosso in 2015.

Raikonnen would have had around 18 when he first appeared on the grid with Red Bull Sauber in 2001.

In Herta’s current case, he would have 32 points from his last three Indycar seasons where he finished third, fifth and 10th respectively.

“If you go back and look, there are a couple of guys, world champions who wouldn’t have got their super license in today’s environment.

When asked if Herta could be linked to a seat at McLaren, Brown stated: “I would not rule Colton out but anything we do is going to be in the best interest of McLaren as opposed to helping out AlphaTauri.”