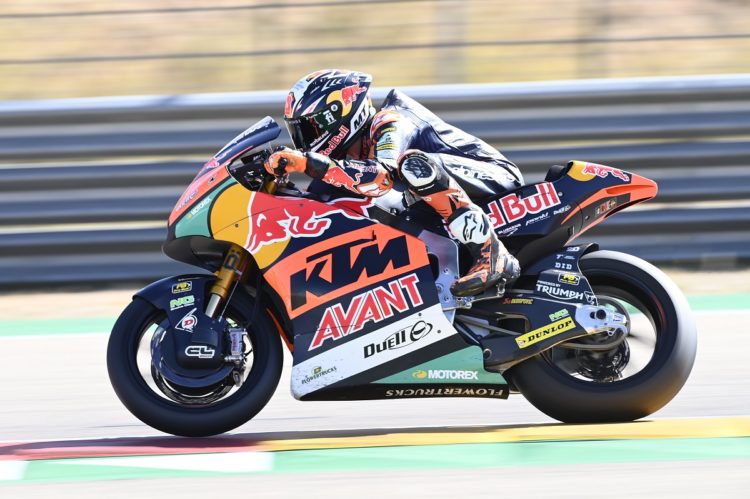 The reigning Moto3 world champion made a decent start from sixth to move into the top five early on before quickly making progress through the leading runners, Acosta snatching second from Jake Dixon at Turn 12 after just four tours.

He then set about closing the near two-second gap to Fernandez out in front, a challenge Acosta was more than capable of achieving as he ran down his countryman before drafting past on the run to Turn 12 just prior to mid-distance.

Acosta cleared off from here-on-in, crafting a three-second advantage over his battling team-mate and Pons’ Aron Canet over the closing laps, ultimately taking the chequered flag to comfortably secure a second success of the year.

Fernandez meanwhile saw his potential championship gain reduced after coming under pressure from a charging Canet, the Spaniard eventually getting the better of the Ajo machine with a bold move into the tight Corkscrew bend with just a couple laps remaining, Canet sprinting off to secure second ahead of Fernandez.

Ai Ogura meanwhile did a good job of damage limitation after defeating Marc VDS’ Tony Arbolino on the final circulation to take fourth, the Honda Team Asia rider losing only three points to Fernandez as a result – meaning his deficit is just seven heading to his home event in Japan next weekend.

Fermin Aldeguer was a solid sixth for Speed Up after taking advantage of a crash for Jake Dixon on the final lap, the Brit pushing to try and pass the battling Ogura and Arbolino before losing the front of his GasGas bike at Turn 12 from sixth.

Somkiat Chantra was a distant seventh on the sister Honda Team Asia entry ahead of Jorge Navarro, while Italtrans man Joe Roberts and a struggling Celestino Vietti completed the top ten.

Alonso Lopez saw his challenge for a second successive win ended with a crash at Turn 2 on the opening tour, the Speed Up racer being caught out by a slow Albert Arenas as he was baulked himself, Lopez losing the front of his machine as he wound off the throttle.

Arenas would also later go out as a pre-cursor to team-mate Dixon’s late crash as he also lost the front at Turn 12 just a few laps in. 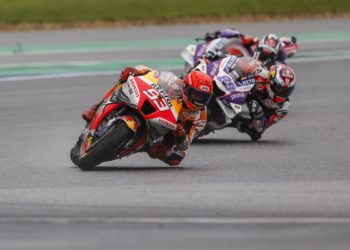 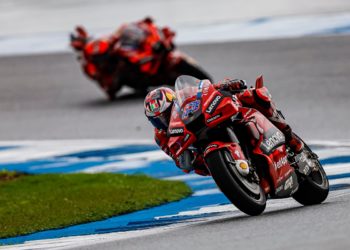 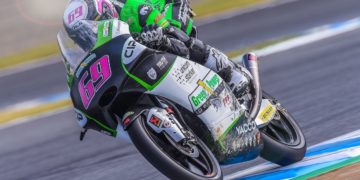 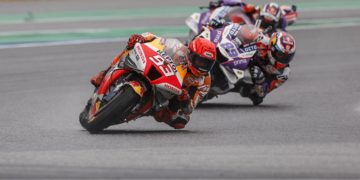