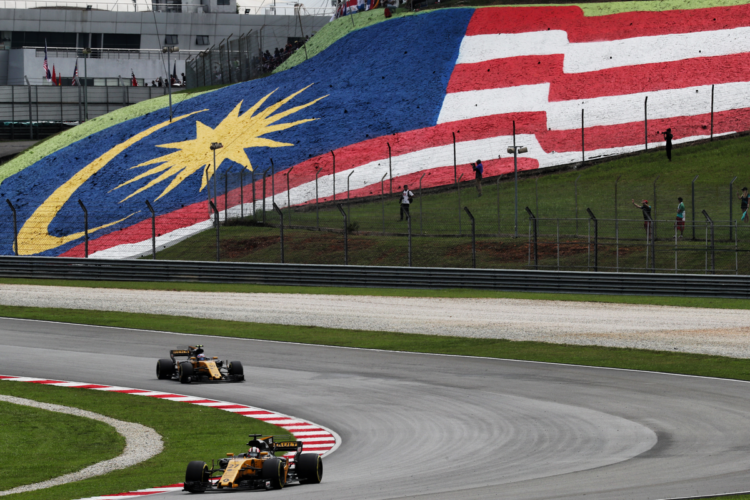 The Chief Executive of the Sepang International Circuit, Azhan Shafriman Hanif, has hinted at the possibility of Formula 1 returning to Malaysia for the first time since 2017.

However, he has insisted that the return wouldn’t be for “another two to three years”, at least.

The Malaysian government is currently focused on the rebuild of the national economy following the fallout of the Covid-19 pandemic.

Considered a fan favourite due to the range of overtaking opportunities and changeable weather conditions, the Malaysian Grand Prix held its inaugural edition in 1999 but departed after the 2017 season when rising costs made hosting the race more difficult.

“At this juncture, the answer is no, not for the time being,” Azhan Shafriman explained to AFP when asked if it was possible anytime soon.

“Perhaps in another two to three years when the economy has stabilised. We need to know what is the return in terms of the spillover effect.”

The circuit is hosting MotoGP in October for the first time since before the pandemic and there was speculation that the Herman Tilke-designed track would fill the void left by the termination of the Russian Grand Prix this season.

Nevertheless, Shafrima stated that there are still things that need to be ironed out before a return is possible.

“We need to look at the rebranding, how do we monetise the platform. We need to talk about technology transfer, talent development and environmental sustainability.”

“If Formula 1 were to come back to Malaysia, it has to be hinged on something else, not only on the race,” he said. “There must be another purpose why we are doing F1.”