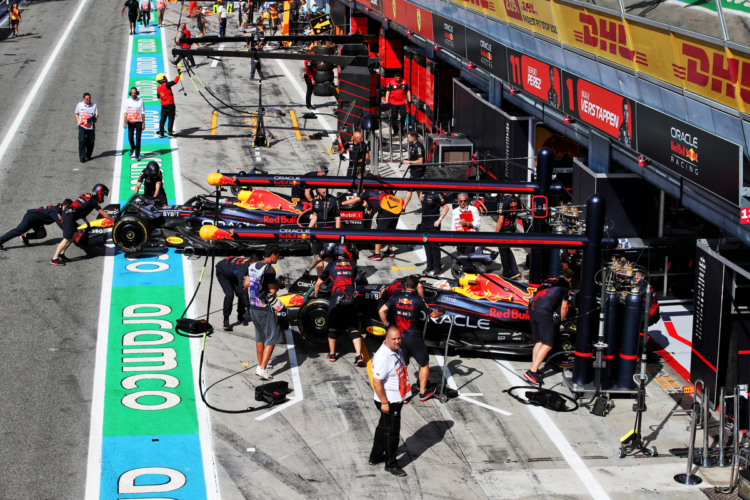 Red Bull Technical Director Pierre Wache has opened up on the size of the challenge that the team faces with getting their power unit ready in time for the new regulations in 2026.

The next generation of Formula 1 engines will use significantly less energy and produce net zero exhaust CO2 emissions while producing three times the amount of electrical power of the current generation.

While the regulations boast lower costs in development, a better-designed safety cell, and a more environmentally friendly engine, they will still produce over 1,000 horsepower with less fuel involved in the process.

“I think it is a massive challenge, clearly, from what I see,” Wache said.

“My concentration at the moment is more on the current Championship but it’s clearly a massive challenge, even more, when you start from scratch like they are doing.”

After Honda announced its plans to depart F1 at the end of 2021, Red Bull signed a deal with it to purchase all engine assets with the intention of supplying both Red Bull and AlphaTauri.

With the 2022 season being the first official season of Red Bull Powertrains, it has enjoyed season-long success with 12 race wins, 5 pole positions and 8 grand prix fastest laps.

However, 2026 will be the first season where the engines will have been designed, developed and engineered from scratch in the RBPT factories.

“You put everything in place, you see the building they have put together, the number of dynos,” Wache continued. “The number of people they have now. In this area, the learning curve is very deep but the lead-time for parts is very long.”

Following Red Bull’s acquisition of the Honda set-up, the company had announced several high-profile signings of staff from the engine department of their F1 rival, Mercedes HPP.

The quality of these additions to the RBPT is something that Wache feels is key to the performance of the new regulation engines: “From what I see, the desire, motivation and the quality of the people we have in our team. I think it looks good.”