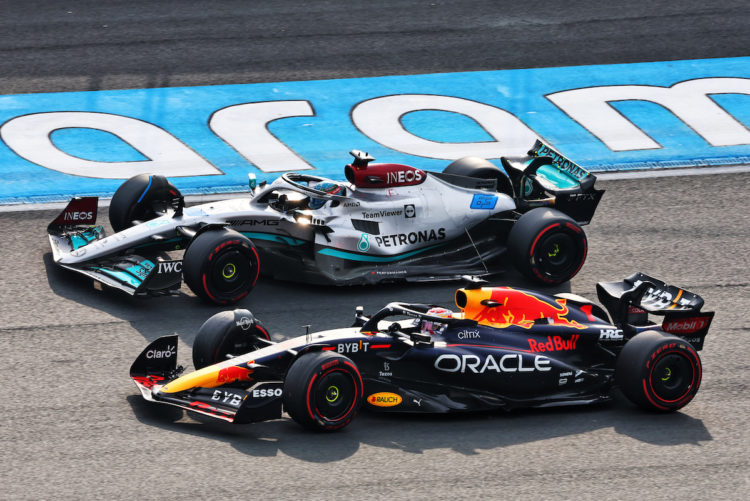 The challengers this year have been built under a new set of technical regulations, which aim to allow for closer on-track racing as well as better competition.

However, Red Bull appears on course to take both the Drivers’ and Constructors’ Championship, holding sizeable leads in both standings.

The Milton-Keynes based squad has taken 12 of the 16 grand prix wins so far this year, while Ferrari has come out on top in the other four.

Mercedes, who was dominant in the turbo hybrid era that began in 2014, is yet to reach the top step of the podium in 2022.

Although Shovlin recognises that following a rival car through corners is easier than previous years, he says that the new rules have so far failed to produce tighter competition.

“The following is a little bit easier,” he said. “There’s some circuits where, historically, you had very little overtaking, like Budapest.

“And the race there was a bit more interesting. You’ve also got the effect that, when you bring in new rules, and when they’re completely new, like this set, it does sort of reset the competitive order.

“We haven’t quite got the close racing now: it looks like Red Bull have emerged as a clear front- runner.

“So, the races are a bit more predictable than they were, perhaps at the back end of last year.

“But it’s a small step in the right direction and an awful lot of change to get there. And maybe the big one that we’d hoped for, that I don’t think we’ve seen, is the field closing up.

“You know, it’s still a broadly similar order of teams front to back.”

The cars are set to undertake further changes next year in response to the porpoising effect that has been present this season.