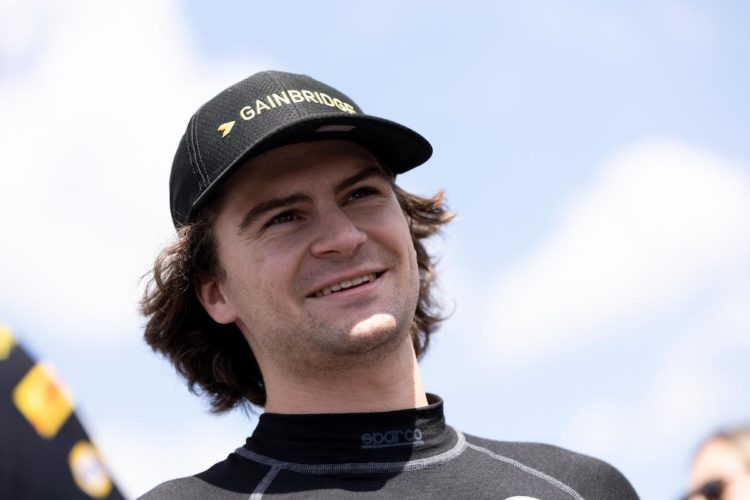 Colton Herta will not race in Formula 1 in 2023 after Red Bull ended its pursuit of the American, according to a report.

Motorsport-total.com states that the overruling issue was the FIA Super Licence, which is required by any driver to compete in the sport.

Red Bull was seeking an exemption from the FIA, allowing the seven-time IndyCar race-winner to enter the sport with its sister team AlphaTauri.

The Californian-born racer currently holds 32 points, eight shy of the required 40 to race in F1.

However, it appears that its attempts have not been successful, and Herta will remain in IndyCar with Andretti Autosport in 2023.

The decision not to give Herta a Super Licence is baffling to Red Bull advisor Dr Helmut Marko.

“It’s a shame that they don’t realise what value an American driver, especially a guy like Colton Herta, would have for booming three-race America,” Marko told motorsport-total.com.

Herta was set to replace Pierre Gasly at the team if his hunt for a Super Licence exemption was successful, which would see Gasly transfer to Alpine.

However, it is believed that Gasly is still a contender for a drive at Alpine next year, despite Herta being unavailable for AlphaTauri.

Motorsport-total.com states that any new driver entering AlphaTauri next year would come from outside Red Bull’s junior programme – meaning drivers such as Liam Lawson or Jehan Daruvala won’t be promoted to F1.

One driver who is on the market for next year is Mick Schumacher, as the German is expected to depart Haas at the end of the season.

But the report says that Schumacher is not being considered for the AlphaTauri drive next year.