Mercedes: Monza Safety Car ending ‘something we have to accept’ 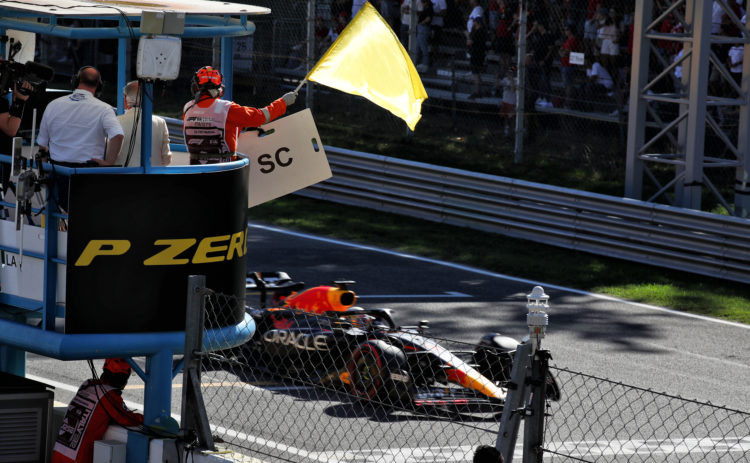 Mercedes technical director Mike Elliot says Formula 1 must adopt consistency with its rules, but believes Race Control was right to end the race from Monza behind the Safety Car.

In the latter stages of last weekend’s Italian Grand Prix, McLaren’s Daniel Ricciardo came to a halt on the circuit with a mechanical issue.

His car couldn’t be pushed away quickly due to it being stuck in gear, and the race concluded behind the Safety Car.

Some were upset over the anti-climactic ending, and there were suggestions that a red flag could’ve been deployed to provide a late dash to the chequered flag.

The situation resurfaced arguments regarding last year’s Abu Dhabi Grand Prix, where the restart procedure was accelerated, allowing for one lap of racing to decide the championship.

However, Elliot asserts that Mercedes wants consistency going forward, which act within the regulations.

“I think from the team’s point of view, what we really want is consistency,” he said on the latest F1 Debrief video from Mercedes.

“We want to see the rules applied in the same way each time, so everybody knows what’s going to happen.”

Max Verstappen was cruising to his fifth consecutive victory before the Safety Car was called, and went on to capture his 11th win of the 2022 campaign.

The Dutchman controlled much of the race, with Elliot hinting that it would’ve been unjust for him to lose the race following a red flag restart.

“I think once you say that you’ve got a choice – do you have a red flag and a restart of the race and three laps of racing, or do you want the driver that is probably winning on merit, who has been in that position over 50 laps of the race to go on and win the race?

“I think they are difficult calls.  I think from my personal view it would have been nice to have seen George fight at the end of the race having potentially the chance to get another position or another couple of positions.

“But I also think in the way the race ended, the right driver won and the fact that that happened under the Safety Car is just what happens in a race and it’s something we just have to accept.”