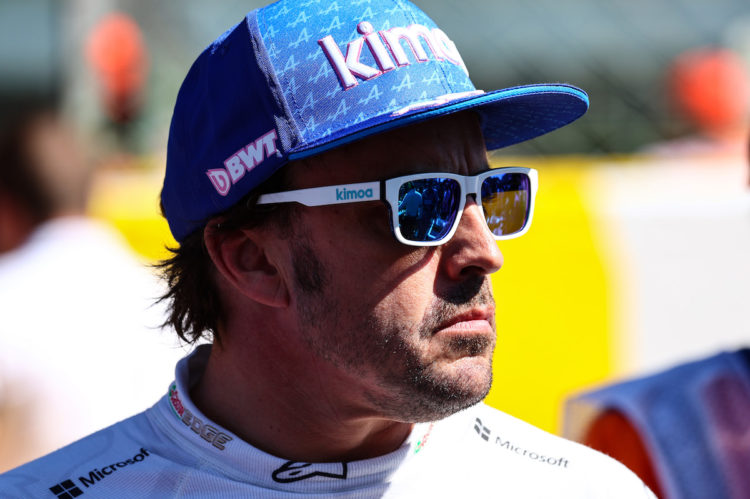 Fernando Alonso believes that his form during the 2022 Formula 1 season is on par with his performance during the 2012 campaign.

This year marks Alonso’s second since his comeback, following his departure from the sport at the end of the 2018 season.

Alonso returned to the Alpine squad in 20211, the same team he won two championships with in 2005 and 2006, when it ran under the Renault name.

The Spaniard is still hunting a third title, but despite achieving just one podium result since his return last year, he asserts he is still enjoying competing in F1.

“I do enjoy it, for sure,” Alonso said. “We would love to fight for the championship or for podiums, there’s always wins but we don’t have that possibility yet.

“But yeah, I’m happy with the performance this year.”

Alonso came close to winning a third title on a handful of occasions with McLaren and Ferrari.

The 41-year-old has often spoken of his 2012 campaign with Ferrari, hailing it as one of the best seasons he has had performance-wise despite not walking away with the title.

Alonso believes that 2022, along with 2012, are the strongest two seasons he has endured in F1 – even better than the two years in which he won the championship.

“And with those points, the situation in the championship will be very different, also with McLaren in the fight in the Constructors’.

“I’m happy and proud with the performance and I think together with 2012, probably they have been my best two seasons, even higher than the championship ones that we have a dominant car on those years. So 2012, 2022, next one will be 2032!”

Alonso had a run of 10 consecutive races finishing inside the points this year, which came to an end last time out in Italy when he was forced to retire from the grand prix.