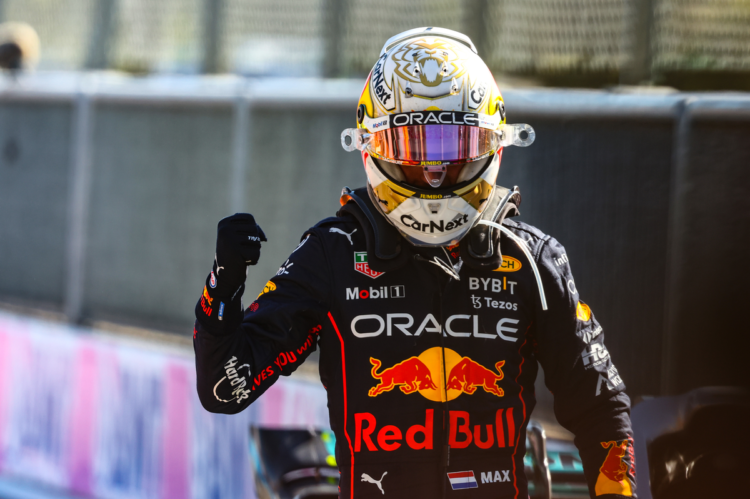 Max Verstappen has received plaudits from Christian Horner for his recent race-winning form, with the Red Bull Racing Team Principal stating that there was nothing stopping the Dutchman from winning in Italy.

The reigning World Champion has won the last five races of the season bringing his total tally up to 11, just two shy of equalling the record number of 13 currently held by Michael Schumacher and Sebastian Vettel respectively.

Of those last five victories, Verstappen has only started from pole position once which was at his home grand prix in Zandvoort.

The Dutchman started from seventh place at the Italian Grand Prix but quickly rose up the order, ending the first lap in a podium position of third place.

“Max’s pace – to come through so quickly – was really encouraging,” Horner said. “You could see with Checo [Sergio Perez] as well, coming back from that early flat spot – he had tremendous pace.”

“We got the strategy right today, but ultimately we had a fast car and Max is just on fire at the moment – I don’t think anything was going to stop him.”

As well as Verstappen’s performances on-track, Horner also expressed his pleasure in how the team is performing off-track as well.

“I think the whole team this year has delivered at such a high level,” he added. “Our performance this weekend… I think we had the quickest race car. We compromised qualifying slightly to have that better race car and it paid off.”

Verstappen’s win ahead of Charles Leclerc saw him move even further ahead in the Drivers’ Championship, bridging a huge 116-point gap over the Monegasque driver.

It also pushed Red Bull to a 139-point lead over Ferrari in the Constructors’ Championship, which Horner described as “looking healthy” but insisted “it’s never done until it’s done”.

“Ferrari are quick, Mercedes are sorting themselves out, and you’ve gotta keep looking forward. All the lessons we learn now have to apply to next year as well.”