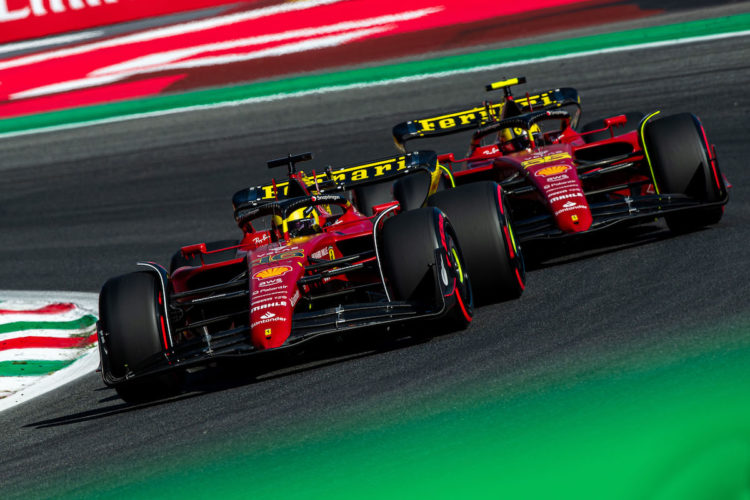 Ferrari commenced the 2022 campaign in a strong fashion, winning two of the opening three races.

It appeared to be in a strong position to fight for both Championships, but in the following 13 races, it took just another two race wins.

Max Verstappen and Red Bull are on course to seal the titles, while Ferrari is looking over its shoulder at Mercedes, who is chasing second in the Constructors’ standings.

Prior to last weekend’s Italian Grand Prix, Ferrari chairman stated in an interview that there are too many mistakes being made at the Maranello-based outfit.

Hakkinen, who drove at McLaren for the majority of his F1 career, believes that being part of Ferrari brings extra pressure compared to other F1 outfits.

“Ferrari has always had a lot of pressure,” Hakkinen wrote in his column for Unibet.

“And it is something unique to them. Of course at McLaren we felt the pressure of competing to win, trying our best, not being satisfied if we were not winning, but Ferrari has always had this additional pressure of being a kind of national team.

“There is always the feeling of extra pressure, and this cannot be easy on the management or drivers who need to keep working hard, pushing together and making sure they do not start to blame each other when things go wrong.

“It’s interesting to see the comments of the Ferrari Chairman, especially in public, as that adds more pressure on the team.

“I think this season has been difficult because they started with a quick car, race wins and a lot of confidence, but Red Bull have operated so efficiently, making so few mistakes and improving the car.”

With Verstappen now possessing a 116-point lead in the Drivers’ Championship, Hakkinen anticipates that the Dutchman will be celebrating a second F1 title in the coming weeks.

“As a driver you really want to have a quick race car, not a one-lap car,” he said.

“I think Ferrari did a great job with Charles [in Italy], they tried a different pit stop strategy to Red Bull, but Max just kept coming.

“This is his fifth race win in a row, he has won every grand prix since France, and Red Bull have really pulled ahead.

“I expect he will be celebrating his second World Championship in Singapore or Japan in early October unless there’s an incident of reliability issue.”