Verstappen: Boos are not going to spoil my day 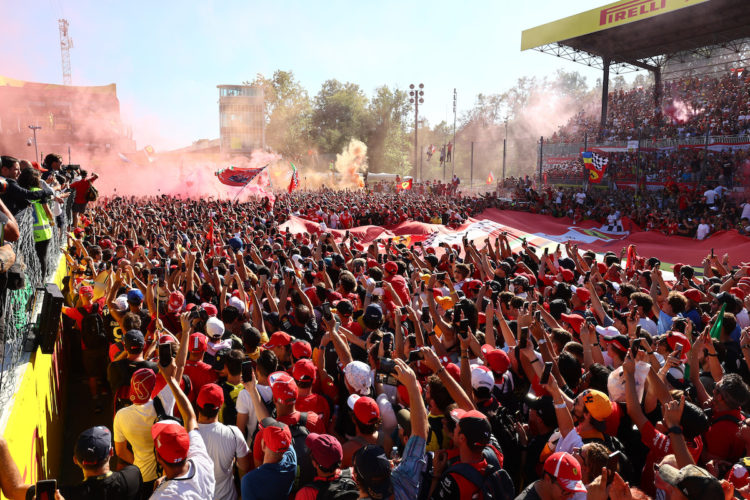 Max Verstappen asserts that the boos he received at the end of the Italian Grand Prix won’t soil the emotions of emerging from the event victorious.

The Dutchman won the race at Monza on Sunday, taking his fifth consecutive win and extending his championship lead to 116 points over Charles Leclerc.

It is not clear if the boos were directed at Verstappen or to Race Control after the grand prix finished behind the Safety Car – however only Verstappen was booed from the top three finishers.

Booing and fan behaviour have been topics of conversation earlier this year, particularly at the events in Great Britain and Austria.

After receiving a hostile reception from the fans in Italy, Verstappen said: “When it happens, of course, everyone speaks to me about it, with the booing and stuff.

“But at the end of the day, I’m here to try and win the race which done. Some people, of course, they can’t appreciate that but that’s of course because they’re very passionate fan of a different team.

“And this is what it is. It’s not going to spoil my day. I’m just enjoying the moment.”

Leclerc concurred with Verstappen, stating that “nobody likes booing and I think it shouldn’t happen”.

Flares have also been a prominent issue of late, after two of them were thrown onto the track at Zandvoort earlier this month during qualifying.

Leclerc says that he’s OK with flares being used by fans in the grandstands, but admits that they can cause confusion for drivers during the race.

“For the flares, personally I think it’s okay when it’s used maybe before the formation lap or laps to the grid or something,” he said.

“But then sometimes during the race, it can be a bit confusing for us. But it’s the way it is.

“After the chequered flag there was a little bit but to me this was not too disturbing.”