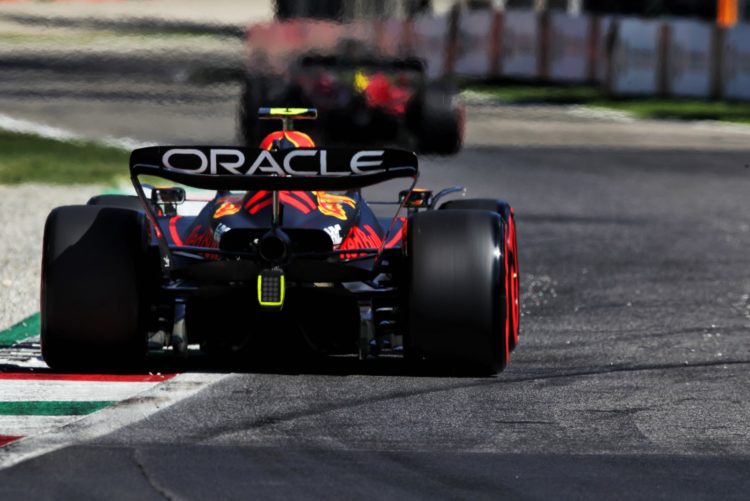 Sergio Perez says the brake issue that manifested itself during the opening stages in Italy compromised his entire race.

Perez started from 13th on the grid but made an early pit stop, after which smoke trailed from his front-right brake, before easing as he continued on his out-lap.

Perez was able to remain in the race and recovered to sixth place but lost ground in the standings to nearest competitors Charles Leclerc and George Russell.

“My race got compromised fairly early when my front right brake disk got super-hot and was basically on fire, so we had to make the decision to pit,” said Perez.

“During the first laps on the Hard [tyres] I couldn’t get any temperature into them because I had to lift and coast, I was losing a lot of lap time and my first stint was compromised.

“That affected my whole race and I had to massively manage my brakes.; it was critical at that point because I could have lost them and had to retire the car.

“In the end we boxed thinking we could get Lewis [Hamilton] back on the Softs but unfortunately the safety car meant we didn’t get the chance. I had better tyres than Lewis so it would have been good to get the restart but unfortunately that wasn’t the case.

“For me it wasn’t a good weekend and we have plenty to do, I am back on the simulator [on Monday] and trying to get back into a good rhythm straight away.”