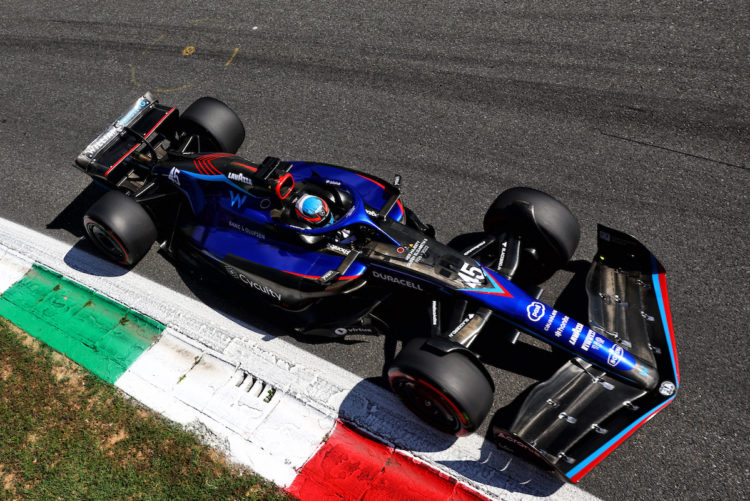 Nyck de Vries says his Formula 1 debut experience was a “dream”, as he crossed the line in ninth place at the Italian Grand Prix.

The Dutchman was called up on Saturday to replace Alexander Albon, who had fallen ill with appendicitis.

De Vries had a solid qualifying outing, escaping the Q1 dropzone. Due to the penalties that were applied, he lined up in eighth place for the start of the race.

The straight-line speed of the Williams car assisted de Vries in his run to the points, becoming the first driver since Nico Rosberg in 2006 to score points on their F1 debut with Williams.

“The whole of the last 24 hours have just been a dream,” de Vries said. “I didn’t really have much time to think because everything was so rushed.

“I had a very bad sleep, it went from excitement into nerves and I didn’t dare even look into my sleep tracking because basically I spent the whole night awake.

“But perhaps it helped me. I couldn’t think and I just had to get on with the job.”

De Vries struggled slightly off the line at the start of the race, which he put down to a lack of practice with the F1 clutch system.

From there, he was stuck in a train for much of the grand prix, but was forced to defend late on from Alfa Romeo’s Zhou Guanyu.

“My start wasn’t great but it was enough to maintain position, and I think it was key for me to get into a rhythm in the beginning and not lose position [because] then your tyres are dirty and you’re always on the back foot,” he said.

“That’s why I was really happy with our strategy and how we managed that. And actually the pace was really good, the car was great and we made a small adjustment from stint one to stint two.

“I asked a lot of help from the team to use the tools in the car to influence the balance.

“Again, I know that we had a little bit of help from outside with grid penalties and all that. But hey, no one take these points away from us.”