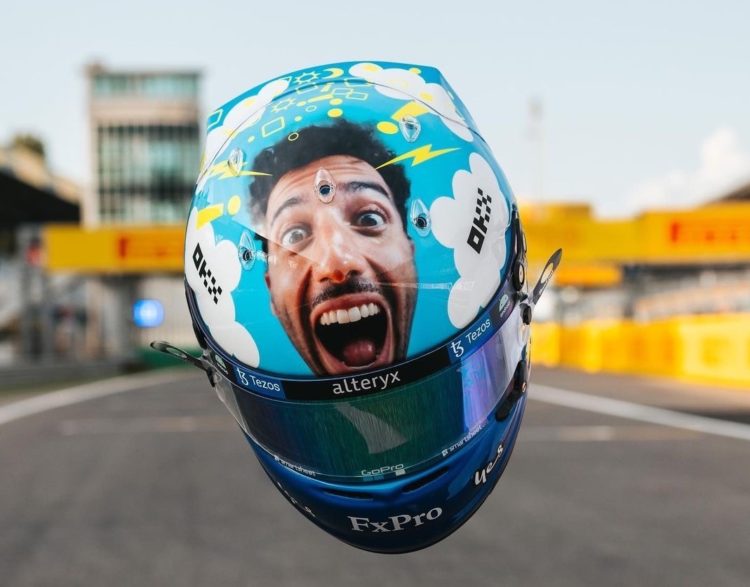 Rossi retired from MotoGP racing at the end of the 2021 campaign, having competed in the category for over 20 years.

Ricciardo’s helmet for the Monza race mirrors the iconic design that Rossi used at Mugello in 2008, where he won ahead of Casey Stoner and Dani Pedrosa.

The McLaren driver will start Sunday’s race in fourth place alongside team-mate Lando Norris, having been promoted a number of positions due to penalties being applied post-qualifying.

“It is race day in Monza,” Ricciardo said. “I’ve been saving this one for race day, I’ve got a bit of a tribute helmet for an Italian motorsport legend, the one and only Valentino Rossi.

“You may recall he wore a version of this helmet in Mugello, I think it was 2008. I don’t know if I’m as beautiful as Valentino, but it’s definitely a fun one.

“It’s going to be lining up fourth on the grid today so pretty excited. Hopefully my face looks like that when I cross the line.”

Last year at Monza, Ricciardo led a 1-2 finish for McLaren, which remains his latest win in F1.