Italian GP ending goes against the principles of F1 – Horner 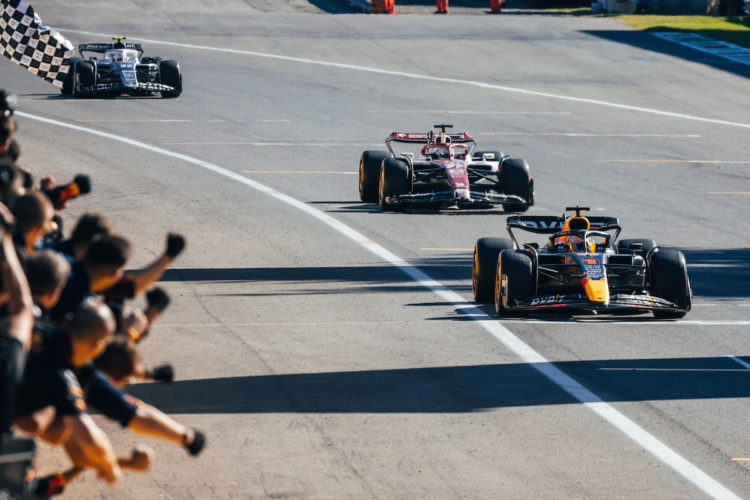 Red Bull team boss Christian Horner has hit out at the ending of the Italian Grand Prix from Monza after it ended behind the Safety Car.

McLaren’s Daniel Ricciardo stopped on the track with a mechanical issue late on in the race, but the procedure to clear the track and reset the order took some time.

Ricciardo’s car couldn’t be quickly pushed out of the way as it was stuck in gear, while the Safety Car also initially picked up George Russell rather than race leader Max Verstappen.

The cars continued to circle the Monza track behind the Safety Car until the end of the race, with Charles Leclerc being denied a chance to take a second win in Italy in four years.

Speaking to Sky F1, Horner admits that he shares the frustration of the crestfallen Ferrari fans: “We don’t want to win a race under a Safety Car,” he said.

“And that’s something that we’ve talked about for many, many years that they should finish racing.

“We had the faster car, and we would have liked to have won the race on the track, not behind the Safety Car. So we share the disappointment of all the fans because it took away a grandstand finish.”

Horner’s comments may come as a surprise, given that his driver Verstappen was on course for a cruise to the victory without a potential Safety Car restart.

The Briton suggests that F1 needs to revisit its rulebook to ensure a conclusion behind the Safety Car doesn’t occur again.

“I’d just like to see the race play out,” he said. “And, you know, I think we would have won it if there hadn’t been a Safety Car, we had enough pace in hand on the one stop that we’d adopted.

“We’d saved a new set of tyres, we had a new set versus Charles’s scrubbed set. But it was also for a grandstand finish that we didn’t get to see.

“And I think it goes against the principles of what we’ve discussed previously. So the biggest losers today, unfortunately, were the fans. But we need to look quickly to address it.

“We need to go through the details of it. But for me, there was more than enough time to get that race going again. And again with a car that wasn’t in a barrier. It was parked on the side of the track.”