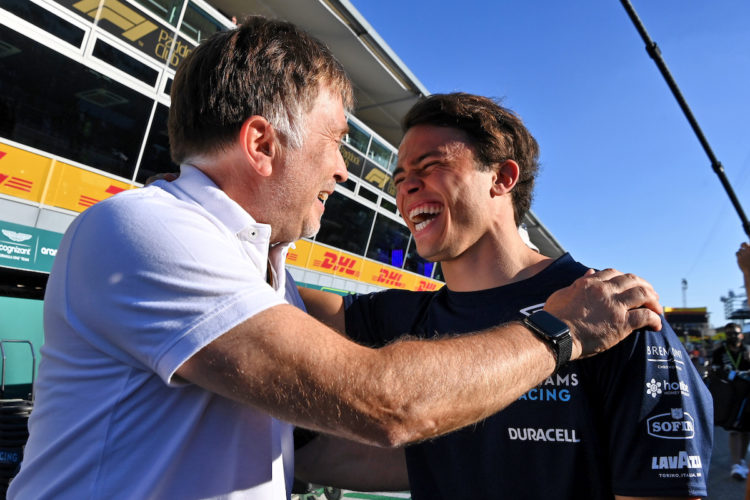 Nyck de Vries has kept hold of the two points that he scored on his debut at the Italian Grand Prix following a summons to the stewards.

The Dutchman, who was called up as a last-minute replacement at Williams for Alexander Albon, crossed the line at Monza in ninth place.

However, he was then summoned to the stewards, being accused of driving “erratically” towards the end of the race.

The stewards took into consideration de Vries’ situation as a late call-up for the race weekend, as he was juggling several issues in the cockpit during a late Safety Car.

As a result, he was issued a reprimand, rather than a time penalty.

“The driver advised that after the second lap under the Safety Car he was unsure about why his display was showing that he was at risk of being under the delta time,” read a statement from the stewards.

“At the same time, he was dealing with brake issues and was in radio contact with the team over this issue, so did not get any advice from the team in relation to his delta.

“He therefore reduced speed in order to remain above the delta time. The stewards took note of the fact that the driver was a “last minute” replacement for the usual team driver and had driven this car for the first time in FP3 at this event.

“Therefore, in mitigation the Stewards decide to impose the penalty of a Reprimand instead of a higher penalty.”

Reflecting on his debut, de Vries said: “Actually the pace was really good, the car was great and we made a small adjustment from stint one to stint two,” he said.

“I asked a lot of help from the team to use the tools in the car to influence the balance.

“Again, I know that we had a little bit of help from outside with grid penalties and all that. But hey, no one take these points away from us.