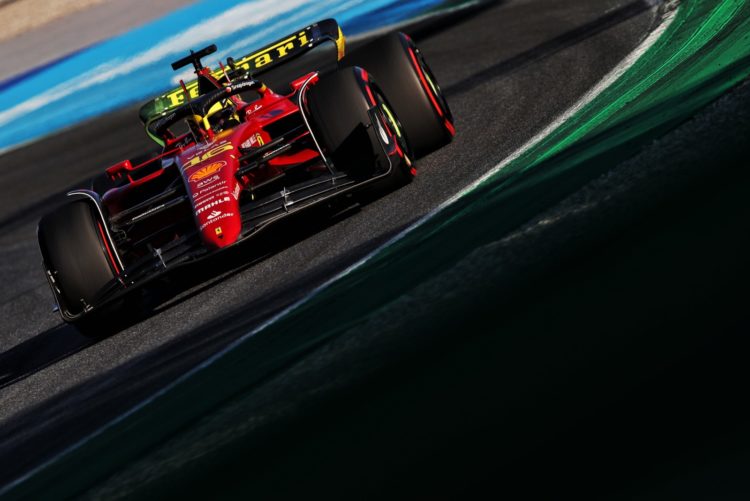 Leclerc was only third after the opening Q3 runs but vaulted to the front on the second laps with a time of 1:20.161s to beat reigning champion Max Verstappen, who had a five-place drop anyway, to top spot.

It marked Leclerc’s eighth pole position of the season, and second at Monza.

Carlos Sainz wound up third, but will drop towards the back due to a power unit change, while fourth-placed Sergio Perez has a 10-place demotion.

Lewis Hamilton was fifth, but also has a back-of-grid engine penalty, meaning that sixth-placed George Russell is poised to start alongside Leclerc on the front row of the grid.

Lando Norris was seventh overall, but is due to be promoted to third, with Verstappen slotting into fourth once the penalties are applied.

Daniel Ricciardo is expected to move into fifth, having qualified eighth, ahead of Pierre Gasly and Fernando Alonso.

Gasly and Alonso finished at the foot of the Q3 pecking order after having their best times deleted for exceeding track limits.

Esteban Ocon was 11th fastest, ahead of Valtteri Bottas, with both taking on penalties.

Nyck de Vries performed admirably on his debut for Williams, in place of Alexander Albon, as he out-qualified team-mate Nicholas Latifi and made it through to Q2.

De Vries qualified in 13th place and only a mistake on his final Q2 push lap into the second chicane denied him a higher grid spot.

However due to penalties elsewhere he is expected to take his maiden start from eighth on the grid.

Zhou Guanyu was 14th in Q2 while Yuki Tsunoda – facing a demotion to the back – did not run in the second knockout segment.

Aston Martin and Haas struggled for performance throughout the weekend and that was translated into qualifying.

Sebastian Vettel, at a circuit where he claimed his maiden pole position in 2008, was only 17th, with Lance Stroll 18th.