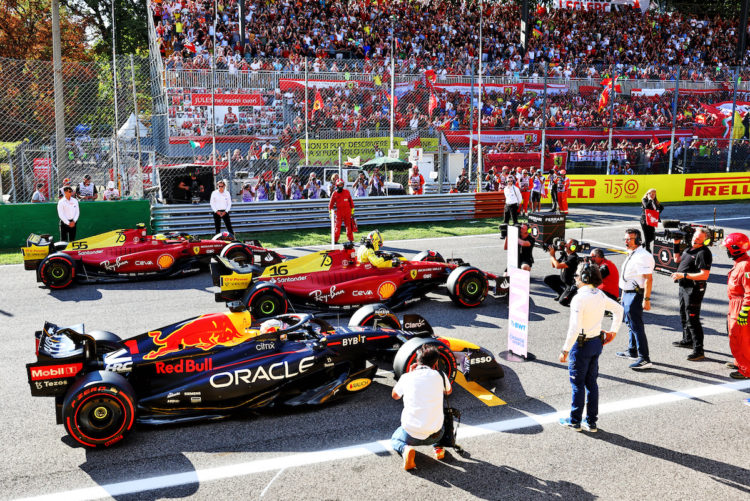 The FIA has published the provisional starting grid for the Italian Grand Prix after nine drivers had penalties applied post-qualifying.

A number of competitors took on new power unit components for the race weekend at Monza, meaning the starting order differs greatly to the final qualifying classification.

Charles Leclerc took pole position for Ferrari’s home event, however behind him, the immediate four drivers were impacted by penalties.

It means that George Russell, who ended qualifying in sixth, will start from second, alongside Leclerc on the front row.

Row two sees an all-McLaren pairing, with Lando Norris leading team-mate Daniel Ricciardo, who will depart the team at the end of the campaign.

Max Verstappen is the highest starter of the drivers who have been penalised in seventh place, behind Pierre Gasly and Fernando Alonso.

Nyck de Vries impressed on his qualifying debut and will line-up in eighth place, with Zhou Guanyu and Nicholas Latifi rounding out the top 10.

Aston Martin’s Sebastian Vettel and Lance Stroll make up the sixth row, but from 13th position onward, all drivers have been issued a penalty.

The group is headed by Red Bull’s Sergio Perez and Alpine’s Esteban Ocon. Valtteri Bottas is 15th, ahead of the Haas duo of Kevin Magnussen and Mick Schumacher.

Carlos Sainz will start from 18th, while the final row will be composed of Lewis Hamilton and Yuki Tsunoda.