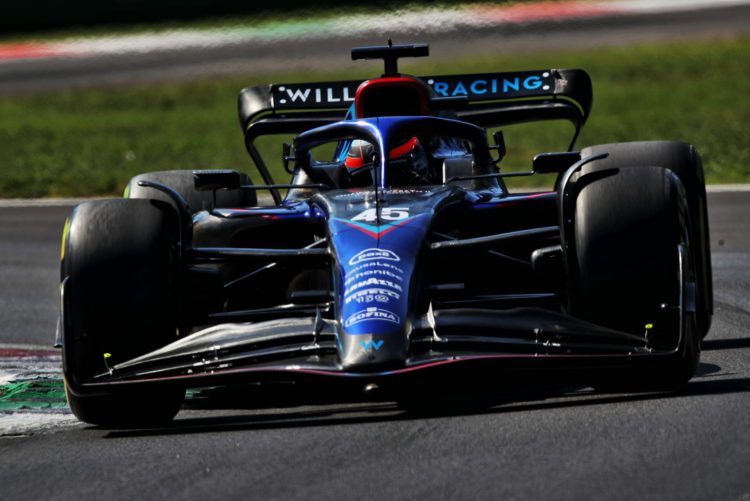 Nyck de Vries says the mistake on his final Q2 lap was a result of accidentally hitting a brake-related switch on his steering wheel.

De Vries was drafted in by Williams prior to FP3 at Monza, replacing Alexander Albon who has fallen ill with appendicitis.

The Dutchman had an impressive outing on Saturday, and advanced out of the Q1 drop zone while team-mate Nicholas Latifi was eliminated in the first session.

After setting the 13th fastest lap following the first runs in Q2, his final effort went awry when he made a mistake at Turn 4.

De Vries says that this was due to accidentally hitting a switch on the steering wheel that altered his brake balance, as he continues to adjust to the layout of the Williams system.

“Things turned around very quickly, it was only one and a half hours before the first session that I kind of got informed,” de Vries said.

“The turnaround was very quick, but the team has been great and very supportive, very welcoming.

“I heard that Alex is healthy and will recover quickly, but from my side, I’m never satisfied enough with myself.

“I think I put in some good laps, especially the second lap in Q1 was pretty good. But I still felt there was more in it.

“We made some changes on the first run of Q2 and that didn’t quite work out. The tyre temperature was compromised in the traffic.

“On the last run I hit a switch which meant the brake balance was one and a half per cent rearwards, that’s how I lost the rear into four.

“I’m a bit gutted about that, but I think I’m allowed to take this anyway.”

De Vries suggested that he was inconsistent in his ability to push the Williams car around the lap.

“I think in some corners I was beyond 100 per cent, resulting in small mistakes and locking up, not getting the perfect way through,” he said.

“There were also corners I was slightly below. I think the most challenging bit in qualifying is being as close as possible to 100 per cent all around the lap.