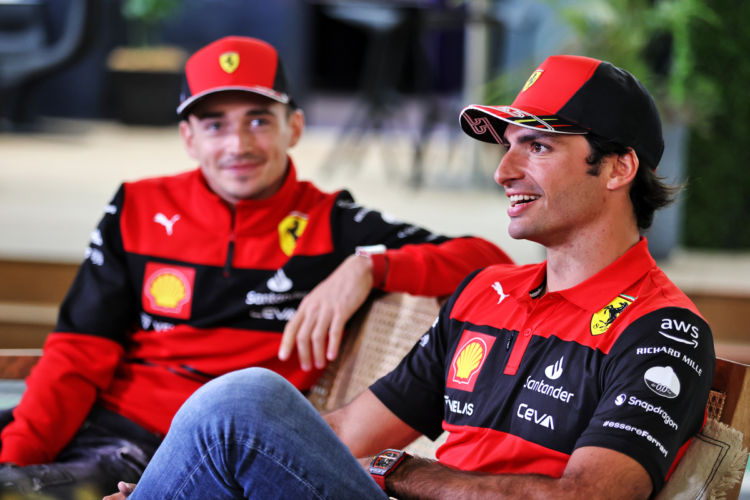 Carlos Sainz is looking forward to his second trip to Monza as a driver for Ferrari, with the Spaniard describing it as “a dream come true for any kid”.

Sainz finished sixth in last year’s Italian Grand Prix while team-mate Charles Leclerc ended up fourth as Ferrari had a tough 2021 where they battled within the midfield for the majority of the season.

However this year the Italian racing giants have enjoyed a rise back to the front of the field which makes the build-up to the weekend and the prospect of a win on home turf all the more exciting.

“I’m yet to experience such thing, but already last year was super exciting and one of the best weekends.

“I watched F1 since I was a kid, I watched Ferrari, I watched Monza and I said being a Ferrari driver in Monza must be the best feeling ever.”

The Tifosi at Monza are known as some of the most passionate fans in the whole of motorsport and they have experienced the jubilation of a home win a total of nineteen times with Leclerc’s in 2019 being the most recent.

Throughout Schumacher’s dominance of the sport in the early 2000’s, a Ferrari win on home soil was something of a given with them winning it seven times over a 10-year span from 1996 to 2006.

Since then, a Ferrari driver on the top step of the Monza podium has been more of a rarity. Fans had a gruelling nine-year wait before Leclerc’s triumph after Fernando Alonso last won in red there in 2010.

“Being a McLaren driver in Silverstone was nice but being a Ferrari driver in Monza, I don’t want to compare as it’s not fair but everyone knows how passionate people are in Italy and what Ferrari means in Italy,” Sainz continued.

“It’s something that is so big, that is difficult to explain, even for me sometimes difficult to understand how they can be so passionate, so involved in the team and in how the team does, changes so much their mood.

“I find it a bit strange how you can affect someone’s life so much just by saying hello to them, putting a smile on their faces, by taking a picture you can see their day is done. I’m still a normal guy who goes about life pretty normal – I don’t feel like hero or a special person at all.”

Sainz came close to a win at Monza in 2020 while racing for McLaren but fell short and settled for second as Pierre Gasly went on to take the maiden win of his career.

The only race-winning success Sainz has tasted at the legendary Italian circuit was in the 2014 Formula Renault 3.5 series where the Spaniard went on to win the championship.

However, the circuit still sticks out as one of his dearest: “For me, Monza has been one of my favourite tracks since I’ve been in single seaters.

“Since I’ve done my first lap around Monza, I find it one of the most challenging, but most fun tracks on the calendar, because it has that combination of big braking zones that I have always liked.

“The car doesn’t behave like normal with the lower downforce, and it has some of the best corners in Formula 1 – Ascari and Parabolica. These two corners are simply incredible.”