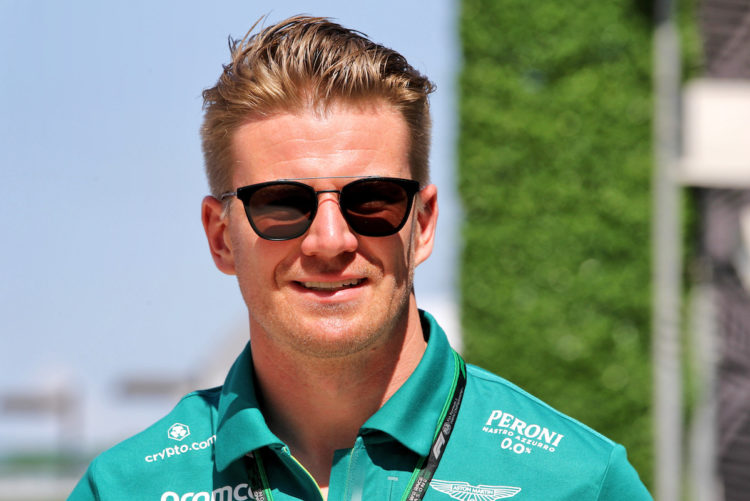 Formula 1’s driver market has taken another twist amid a report that Nico Hulkenberg could land at Haas for the 2023 Formula 1 season.

Hulkenberg currently acts as Aston Martin’s reserve driver, and has been forced to substitute on a number of occasions across the last two years.

His most recent came at the opening two rounds of the 2022 campaign, replacing Sebastian Vettel who tested positive for Covid-19.

Although he has not been a full-time driver since the 2019 season with Renault, the German has been linked with a return to the grid next year.

Auto Motor und Sport reports that Hulkenberg is the favourite to land at Haas for the 2023 campaign.

The US-owned squad has Kevin Magnussen tied up to a long-term deal, however Mick Schumacher’s contract expires at the end of the year.

The report indicates that Daniel Ricciardo, who will leave McLaren at the conclusion of 2022, is an outside candidate for the drive due to his underperformances over the last 18 months.

However, Hulkenberg has impressed with his substitute performances in 2020 and 2022, which has brought his name into the conversation for a return to F1.

He also achieved his one and only pole position to date during his rookie season in 2010.