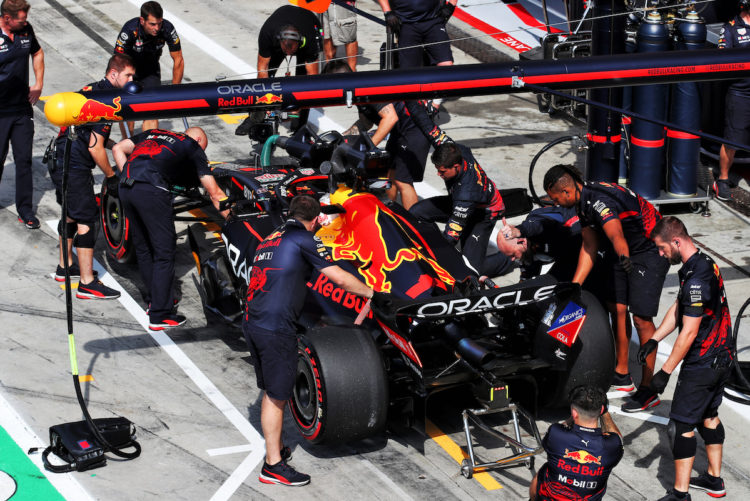 Red Bull advisor Dr Helmut Marko claims that the team is already attracting interest from other manufacturers after ending negotiations with Porsche.

Porsche had been in talks with Red Bull for some time but announced on Friday that it would not enter into a partnership with the Milton Keynes-based squad in 2026.

Porsche was keen to enter a 50-50 relationship, but Red Bull has long asserted that it wished to retain the DNA of the team that has been built over the last 18 years.

Although it will not team up with the German manufacturer going forward, Marko claims that Red Bull is seeing interest from other companies.

“We don’t need anyone at the moment,” Marko told the Austrian radio station OE3, as quoted by Autosport.

“But if it turns out that synergies and advantages come, then we are open. But surprisingly, we have received some inquiries now that the Porsche cancellation has become official.”

Marko also confirmed that Red Bull is in conversation with Honda, who has hinted that it could return to F1 in 2026 after exiting at the end of last year.

Expanding on why the Red Bull/Porsche negotiations didn’t work out, Marko said that neither of the companies would’ve benefited from the terms on offer.

“In the course of the talks, it became clear that for the overall project, this cooperation would have brought no advantage to either side,” said Marko.

“The efficiency of Red Bull Racing was paramount. That the team should be as successful as it has been over the last 10 or 12 years, that this should continue.

“We are in a good position. We have the fastest driver until 2028. We have Adrian Newey, the best designer.

“We have an engine factory that has been fully operational within 55 weeks. The first engine has already run. That means we are completely self-sufficient.

“Nevertheless, if know-how can be contributed in the engine sector or other synergies or advantages can be achieved, we are open to cooperation.”