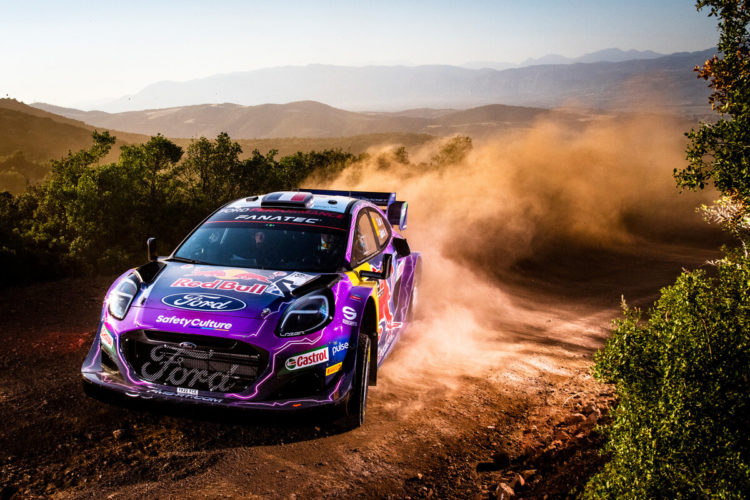 Sebastien Loeb ended Friday’s tests on top after a battle with Ford teammate Pierre-Louis Loubet throughout the day. Loeb led Loubet by 1.7s in a Ford 1-2 followed by Esapekka Lappi third in his Toyota.

The second Acropolis Rally Greece since its return last year got off to a spectacular start under the lights on Thursday. Tens of thousands of fans packed the Athens Olympic Stadium to watch rally titans run side by side in the super special stage. The venue last featured in 2006 and it was the king of super specials, Thierry Neuville, once again claiming the lead. The Hyundai driver led a Hyundai 1-2-3-4 which had WRC2 entrant, Teemu Suninen, in second place just a tenth behind. The tight confines of the layout meant that the lesser powered Rally2 cars weren’t at such a disadvantage and Suninen made that count. Dani Sordo would round off the podium with Ott Tanak in fourth.

The first full day of the rally started with the returning Sebastien Loeb turning in a what seemed to be dominant performance until losing momentum as the temperatures to increase. This allowed compatriot Loubet to make his way to the top of the timesheets after Loeb overshot a hairpin.

Loubet and Loeb were spearheading a Ford resurgence of the likes not really seen since the opening round of this year’s championship. Loubet had continued to lead throughout the day until late in the evening when technical issues for the leader along with Loeb’s previous experience of the last stage, meant that the French legend usurped his teammate at the top.

Behind the two Fords was Esapekka Lappi who would finish 8.7s away from the duo. Lappi finished as the only Toyota to finish in the top six. The Finn had been keeping the leading drivers honest as he was running second going into the final stage, however, had to settle for third after Loeb jumped him.

Neuville fronted the Hyundai charge in fourth after an unfavourable road position. The Belgian is only 7.3s away from Lappi and is still in realistic contention for this rally as well as doing all he can to delay Kalle Rovanpera’s seemingly inevitable coronation.

Neuville was followed by Sordo and Tanak who were both struggling with various issues. Sordo had a lack of confidence in the pace notes whereas Tanak was suffering from a faulty hybrid unit.

Gus Greensmith and Elfyn Evans were next with only 3.4s separating them from Tanak. Championship leader Rovanpera would suffer a bad day after opening the road. Extremely loose conditions and his two Hyundai rivals’ current positions mean that an early sealing of the title was slim.

Takamoto Katsuta and Craig Breen rounded out the top 10, the Ford man had to stop to change a wheel which cost him a chunk of time.