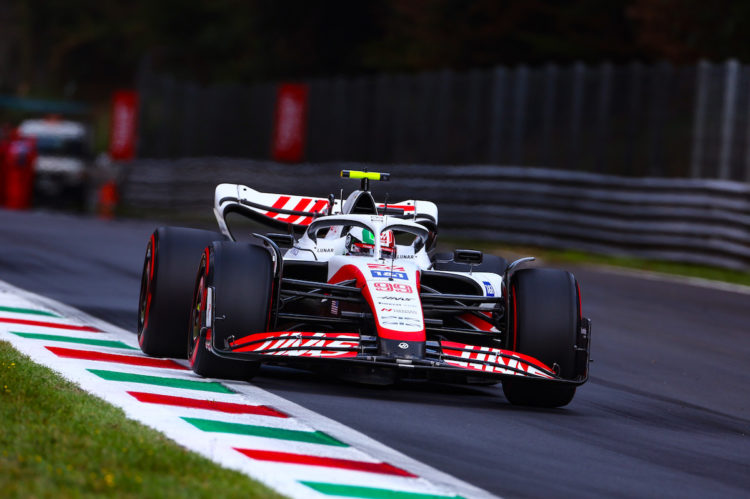 Antonio Giovinazzi is remaining hushed over a potential return to the Formula 1 grid for the 2023 season.

The Italian took part in FP1 at Monza with Haas on Friday, and he is set to get behind the wheel of the car once again later in the year at the United States Grand Prix weekend.

Giovinazzi is being linked with a return to the F1 grid next season, after losing his seat at Alfa Romeo at the end of 2021.

The 28-year-old ended FP1 at Monza 18th in the order, four-tenths of a second down on Kevin Magnussen in the sister Haas car.

“I feel good to be back in an F1 car with these new regulations, with the car and tyre, it was all new, went well, comparison with Kevin was good,” Giovinazzi said.

“We could do a better job but found traffic on my best lap.

“I think a good start and big thanks to Haas for this opportunity and Ferrari, now looking forward to Austin, completely different track with the high downforce.”

Mick Schumacher is out of contract at the end of the year, potentially giving Giovinazzi a chance to return to the grid in 2023 with Haas.

“I want to be here next year, for sure, it’s not a secret, but it’s not on my hands,” Giovinazzi said.

“So let’s see what we can do, for now I focus on doing a great job in these two sessions, one is over, now we have another one.

“We saw that this year we had a really silly season with the driver market and everything, and I don’t know what will be, whether before Austin there will be something there or after Austin.

“I have no news, like you guys, so for me I’m the first guy who will tell you if something is there but so far I don’t know.”

The Monza outing provided Giovinazzi with his first experience behind the wheel of the new-for-2022 cars, and he noted a sizeable difference in the car’s performance down the straights compared to last year.

“Yeah for me [the biggest difference] was the bouncing, on the straights, was quite new,” he said.

“In the first part of the session I was struggling to see the brake reference. But you need to adapt yourself, and I was struggling in the beginning but at the end was better and sure Austin will be better.

“It’s crazy how much downforce the new car has got in high speed, difficult to see in Monza as you run low downforce, so can’t wait to run in Austin and feel the downforce in high speed.”