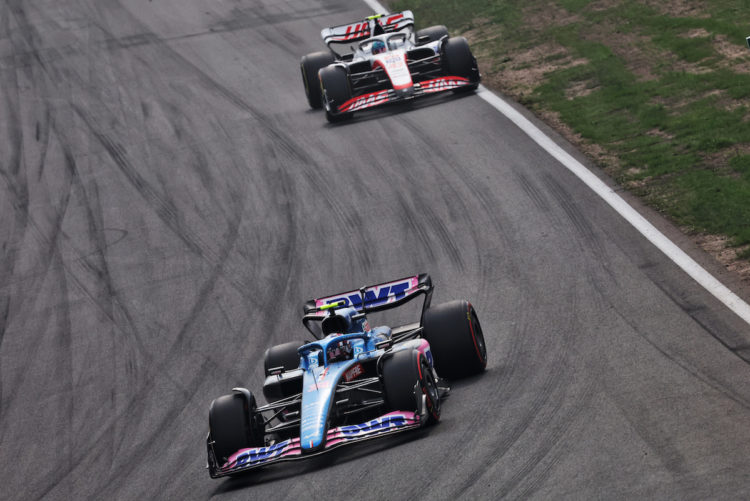 Alpine has created a shortlist of 14 drivers that could partner Esteban Ocon at the team for the 2023 Formula 1 season.

Last month, Fernando Alonso announced that he would leave the team and join Aston Martin on a multi-year deal.

It was expected that its junior driver Oscar Piastri would be promoted to a full-time drive, however the Australian stated that he wouldn’t race for the team next season, and will instead compete for McLaren.

A number of drivers have been linked with the drive at Alpine for next year, including AlphaTauri’s Pierre Gasly.

Ocon has listed Haas’ Mick Schumacher as his number one option, while Daniel Ricciardo has also been rumoured to be in contention for a return to the Enstone-based squad.

Speaking to Sky F1, Alpine team boss confirmed that there are as many as 14 drivers currently in the running for the seat.

“We just want to understand all those that are available,” he said. “We’ve got a long list. I’ve mentioned 14 before and it’s about right.

“Now we’ve got to whittle that down to three or four and then look at all those and see which one’s the best fit.”

Losing Piastri to McLaren was a bitter blow for Alpine, as the reigning Formula 2 Champion spent a number of years as part of its junior programme.

However, Szafnauer says that Alpine has little choice but to learn from the situation and move on.

“I think the right thing is we have to have a retrospective look as in what we can do better, learn from it, and we will do that in the future,” he said.

“But secondarily it opens up a seat now, probably the best seat open in F1. Now we’ve got to do a job in finding the right driver.”