Albon: Straights at Monza ‘only mean good things’ for Williams 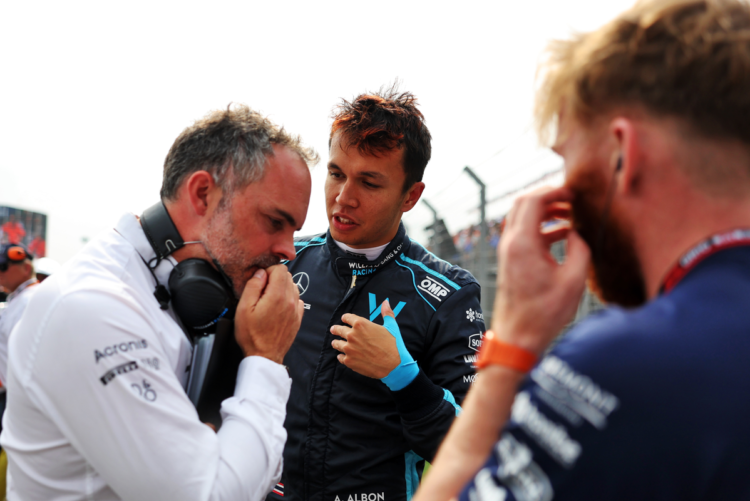 Alexander Albon has high hopes for the Italian Grand Prix, stating that the long straights at the Monza circuit will suit his Williams FW44 as he chases another top 10 finish in the 2022 season.

The Thai-British driver has previously taken points in Australia, Miami and more recently Belgium where the low-drag setup of the Williams thrived.

Albon set the fastest time in the first sector of the whole Belgian Grand Prix weekend during Q2 where he beat Verstappen’s fastest Q3 effort by 0.016s. The session also marked his first appearance in Q3 this season.

The lightening fast pace can be attributed to upgrades the Oxfordshire-based team brought to Silverstone for the British Grand Prix in July which changed the sidepods to a more conventional design.

The new sidepods combined with the typical slimmed down rear-wings seen at Spa-Francorchamps meant that the Williams became the slipperiest car on the the grid in a straight line.

It would be no surprise to see Williams Racing perform just as good at the famous Temple of Speed where Albon and the rest of the drivers will keep their foot on full throttle for around 84 per cent of the lap – the most out of all circuits on the calendar.

After the conclusion of the Dutch Grand Prix, Albon told Formula1.com: “It’s Monza, it should be quick down the straights.

“At Zandvoort we were at max downforce but we were still quick down the straight, so that should only mean good things for next week.”

With Zandvoort being a track which rewards cars with a more comfortable aero package, Albon added that the performance of the Williams FW44 in the Dutch Grand Prix should be something for Williams to celebrate.

Starting from fifteenth on the grid, he climbed up a few places and finished just outside the points in twelfth place on a track which has proved to be difficult to make an overtake stick in the past.

“I think coming into today, we didn’t have high expectations so I think we’ve proven we’re not too far away from the points,” Albon aIS.

“We didn’t expect much from the high downforce circuit so it’s positive and I think going forward we won’t be so scared of these types of circuits and can focus on fighting for points.

“I was happy with the car, despite just lacking a bit of lap time.”