Rosberg still sees chance for Mercedes F1 to win in 2022 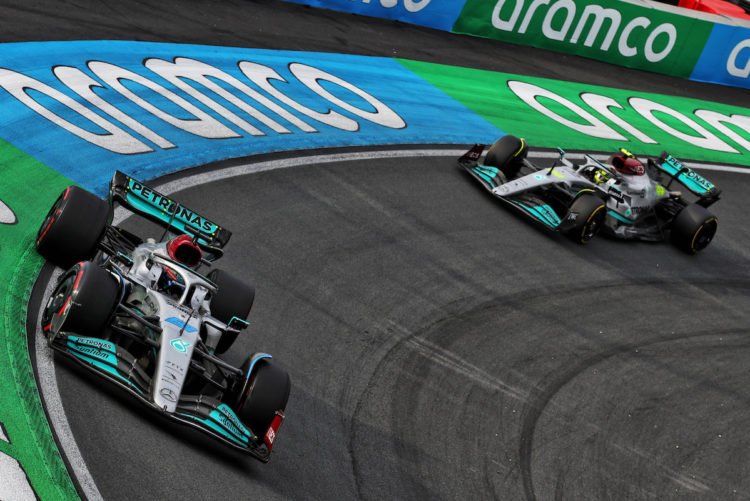 Nico Rosberg has backed the Mercedes Formula 1 team to win a grand prix this year and end its streak of failing to reach the top step of the podium.

Having been a consistent, and often dominant frontrunner over the last number of years, Mercedes started the 2022 campaign on the backfoot amid the introduction of new technical regulations.

The Brackley-based squad has taken a number of podium finishes, but is still yet to take a grand prix win.

It has come close on a couple of occasions, including at last weekend’s Dutch Grand Prix from Zandoort.

With seven races remaining in the 2022 season, ex-Mercedes F1 driver Rosberg believes his former team still has a chance to take victory.

“There are still a couple of tracks left on the calendar this year which are suiting the Mercedes cars, high downforce tracks where the straights are not that long,” Rosberg told the Sky F1 show Any Driven Monday.

“I definitely think Mercedes still can win a race and especially Lewis as well because to keep his record going of winning at least one race in every single race of his F1 career.

“That’s going to be interesting to follow. They got very close this weekend in Zandvoort, so the chance is there, it’s possible.

“They are getting faster and faster with that car, so that’s going to be great.”

However, Rosberg doesn’t see Mercedes’ drought coming to an end at Monza this weekend, and expects Red Bull to dominate around the high-speed circuit.

“Looking forward to Monza, it’s going to be going back to the Spa situation, I think Verstappen and Red Bull are going to be dominant there,” he said.

“Unfortunately, the problem Mercedes has is they get similar downforce in the corners to other teams, the top teams, but they struggle down the straights.

“They have so much drag on that car down the straights and that’s going to hurt them a lot in Monza.”