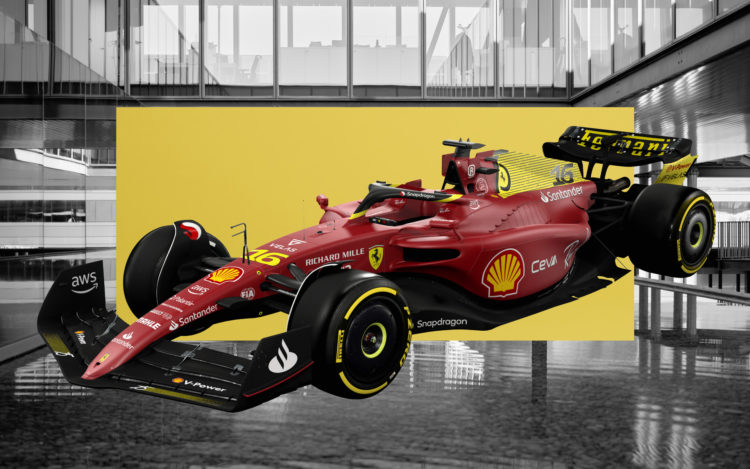 Ferrari has presented a special livery for this weekend’s Formula 1 Italian Grand Prix as it continues to commemorate 75 years since the company’s foundation.

The F1-75 will feature several yellow accents, with black inserts, most notably on the front wing, around the halo, on the engine cover, and on the rear wing.

Yellow is regarded as Ferrari’s second colour and features on the emblem created by Enzo Ferrari, as a nod to Modena.

Ferrari enters its home round chasing a first victory on Italian soil since Leclerc’s victory in 2019.

It has had multiple opportunities – given Imola’s return in 2020 and Mugello’s one-off presence the same year – but has not added to its tally.

Ferrari has endured a difficult spell of late as its prospects in both Drivers’ and Constructors’ Championships has faded.

Its four wins, the most recent achieved in Austria in July, pales in comparison to the 11 amassed by rivals Red Bull across the 15 grands prix so far.

Ferrari has also had to battle a rejuvenated Mercedes at recent events and the reigning World Champions are now just 30 points behind in the fight for second in the standings.