Rosberg: F2/F3 teams do a better job than Ferrari 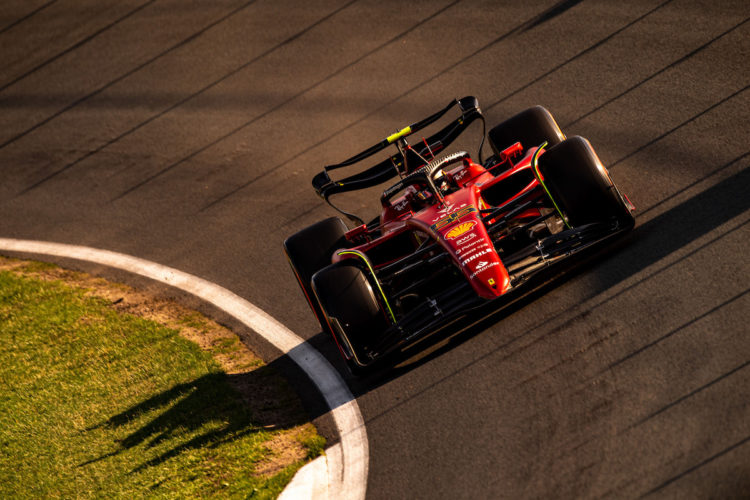 In the early stages of Sunday’s Dutch Grand Prix, Carlos Sainz pitted for a fresh set of Medium tyres amid a battle with Red Bull’s Sergio Perez.

However, he lost crucial track time as his left rear tyre was not ready at the stop, with team boss Mattia Binotto describing the incident as a “mess”.

It occurred amid a period in which Ferrari is facing criticism for decisions it has made regarding its strategies.

Despite its run of blunders, Binotto has consistently asserted that the team doesn’t need to make any internal changes to its current set-up.

Speaking to Sky F1 following Sunday’s race at Zandvoort, Rosberg lashed out at the Italian squad, stating teams in the junior racing categories can do a better job.

“Mattia Binotto keeps saying ‘no, no, we don’t need to make any changes, everything is going well’. I mean, when is the day coming?

“It’s not possible [to carry on without changes]. Even Formula 2 teams or Formula 3 teams do a better job at their strategy and pit-stops than Ferrari.

“So you’re in the pit and there’s no tyre in a normal race. At some point, they really need to start making some changes.”

Binotto responded to Rosberg, doubling down on the faith he currently has in the Ferrari organisation.

“We will not change people, that’s a straight answer to Rosberg,” Binotto said.

“What is more important is simply the stability and making sure you’re improving race by race. We have a great team, I have no doubt about that.”

Ferrari looked to be title contenders early on in the season, winning two of the opening three races of the current campaign.

However, since then, it has taken just two more grand prix wins, with Red Bull enjoying the bulk of the success this year.