Ocon asserts he has ‘good relationship’ with Gasly 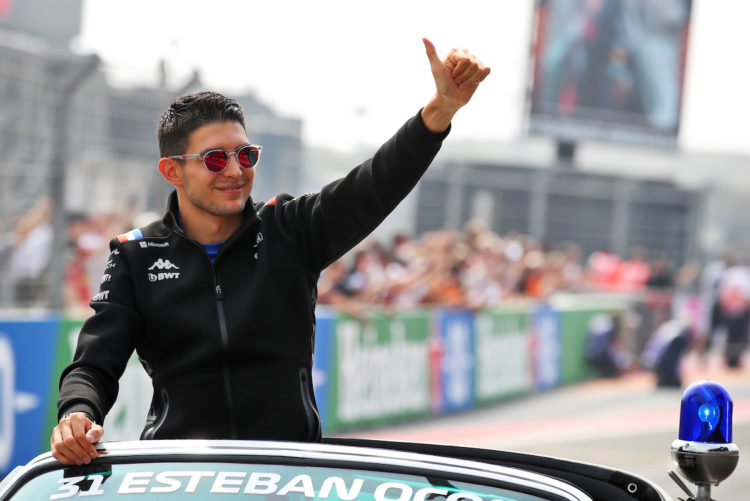 Esteban Ocon states that he has a positive relationship with Pierre Gasly amid suggestions that the two do not get along.

It has been reported for some time that the French duo have had a tumultuous relationship over the last number of years.

However, it is an emerging possibility that they could be team-mates at Alpine in 2023, with Gasly being heavily linked with a switch to the Enstone-based squad.

It is believed that Gasly’s move to Alpine depends on the FIA allowing a Superlicence exemption for IndyCar’s Colton Herta, who could join AlphaTauri next year.

Question marks have been raised about potential friction between a Gasly/Ocon line-up – however the latter asserts that there are no problems between the two.

“I mean, whoever will be on my side, I think the important thing for me is to, you know, guide the team in the best way possible, develop the car as best as we can,” Ocon said.

“And yeah, to have respect, you know, between both drivers and a good atmosphere. I think that’s important. With Pierre, we have a good relationship.

“There is no problem. We have respect between each other. Whoever will be on my side, I’m sure the team will do the best choice possible, we will be able to race.”

Ocon has previously stated that his preference for a team-mate for next year is Mick Schumacher, who is expected to depart Haas at the end of the season.

“It’s no secret that he and Ocon don’t necessarily get on too well,” di Resta told Sky F1. “I don’t think too many teammates get on with Ocon, to be honest.

“You heard Fernando on the radio. They work together on track but off it? He can be quite difficult. Sergio Perez had the same issue

“This is about compensation for [Alpine] to be able to then get Gasly. A double-French line-up would be great.

“Gasly in that system, with the way he is driving, would be a credit.”