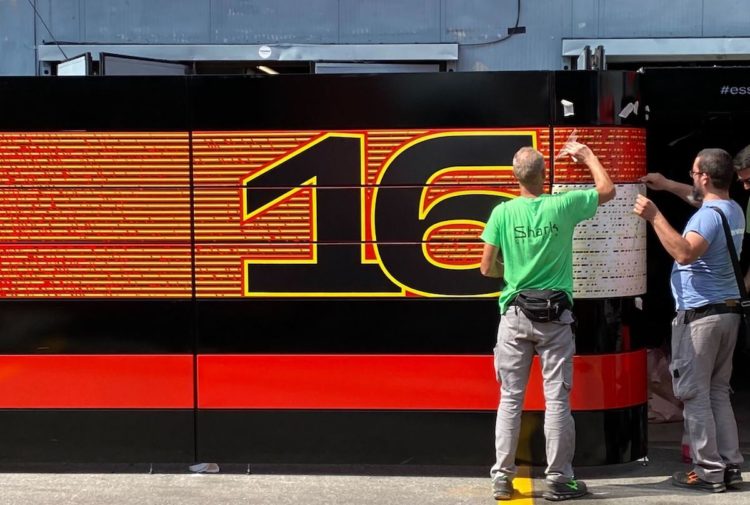 Ferrari is set to introduce a revised livery at the Italian Grand Prix this weekend, with the colour yellow to be incorporated.

The Maranello-based squad unveiled an updated colour scheme on its garage doors at Monza, which hosts the 16th round of the 2022 season.

In addition, the team released a social media post of drivers Carlos Sainz and Charles Leclerc dressed in yellow t-shirts.

The shirts have been released in celebration of the 75th anniversary of Ferrari’s first F1 win.

It confirmed in the launch of the t-shirts that the drivers will “also have a yellow car for the Monza race”.

Ferrari has used revised liveries in the past, most recently at the 2020 Tuscan Grand Prix, where it celebrated its 1000th race in F1.

The Italian squad has taken four grand prix wins this year with Leclerc acquiring three of them.

The Monegasque driver currently sits second in the Drivers’ standings, but sits a mammoth 109 points down on championship leader Max Verstappen.

Red Bull enters the upcoming Italian Grand Prix weekend as the favourites, due to the Monza track favouring straight-line speed.

However, Ferrari will look to disrupt the Milton Keynes-based outfit’s rhythm and take its second Monza victory in four years.