by Motorsport Week
A A
5 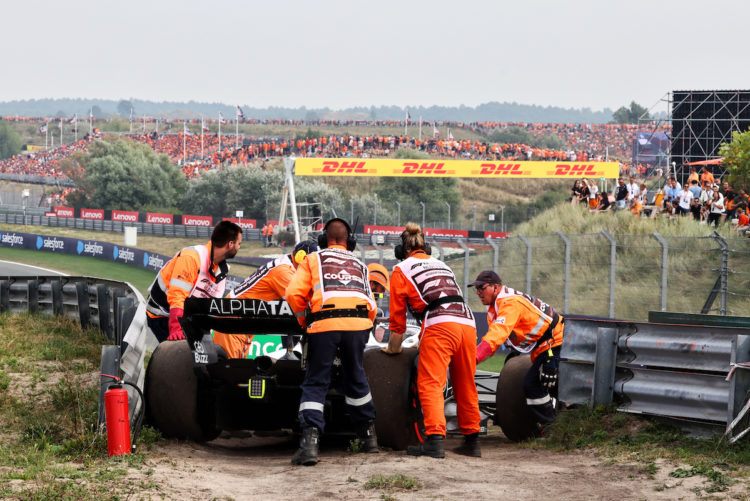 Mercedes team boss Toto Wolff suggested that he would look closer into Yuki Tsunoda’s retirement from the Dutch Grand Prix if Mercedes was in a championship fight.

Tsunoda retired in unusual fashion on Sunday from Zandvoort, coming to a stop on the circuit when he believed one of his tyres was not properly attached.

He returned to the pit lane for new tyres and then was sent back onto the track, before coming to a halt once again.

His stoppage caused a Virtual Safety Car, which allowed Max Verstappen to pit from the lead and retain his position out in front.

Some suggested that the manoeuvre could’ve been orchestrated, given AlphaTauri’s close ties to Red Bull.

Wolff says that if Mercedes was closer to the title fight this year, he would analyse Tsunoda’s non-finish in a more detailed manner.

“I don’t know, I’m so looking at us at the moment in terms of where do we need to find performance,” Wolff said, when asked if he found Tsunoda’s DNF suspicious.

“If we were to fight for a championship that would be something I would closely look at.”

Tsunoda continued on his way after undoing his seatbelt, when the AlphaTauri engineers didn’t spot any irregularities in the data.

Wolff also raised safety concerns over the situation, with the car being driven on the track in an unsafe manner.

“Now I think what needs to be investigated for the safety of drivers and everybody out there, the driver stopped, unbuckled, did a full lap, came in, the problem wasn’t solved, they put the seatbelts back on and he drove out and stopped the car again,” he said.

“So I mean that probably could have changed the race that maybe we could have won, but in this sport maybe is anyway irrelevant.”

Verstappen went on to win the race for Red Bull, after another Safety Car intervention was called following Valtteri Bottas’ retirement from the grand prix.