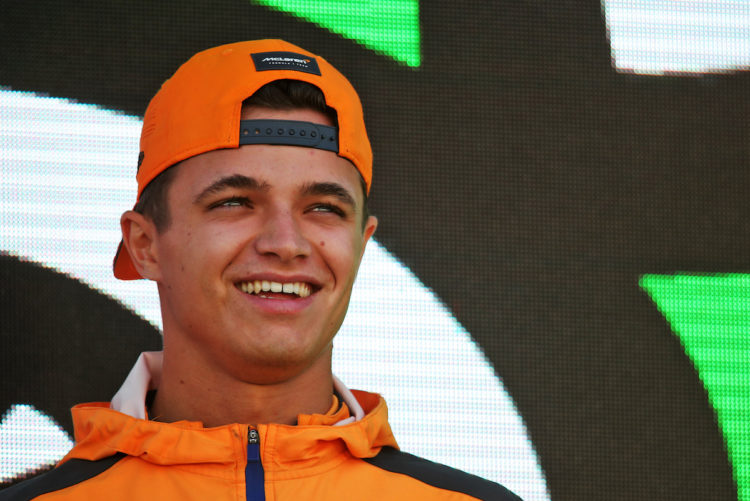 Lando Norris states he is eagerly anticipating his upcoming partnership with Oscar Piastri, who will join him at McLaren next season.

The Woking-based outfit confirmed earlier this weekend that Piastri would join the squad next year following a ruling from the Contract Recognition Board.

Piastri will be Norris’ third team-mate at McLaren, having partnered Carlos Sainz and Daniel Ricciardo (who will leave at the end of 2022) for two seasons each.

For the first time in his F1 career, Norris will be the more experienced driver at the team – however he doesn’t expect much to change for him.

“I look forward to working with someone new, it’s different, you have to talk in a different and understand each other differently.

“I don’t actually know Oscar too well, I’ve only spoken to him twice ever, I would say. But he’s obviously a good talent, a good driver and I look forward to that. But that’s still half a year away.”

Norris also stated that Ricciardo’s pending departure from McLaren has not dampened the team spirit, as the Australian remains committed to helping the team in 2022.

“I think it’s still great, even from Daniel’s side,” he said. “From what I’ve seen in my whole life, you understand when people put in effort and when people don’t care.

“You can see how much Daniel tries to understand it all and put the time and effort into going quicker and so on.

“That’s what you want to do as a driver, you want to prove yourself. It’s still good, the mechanics are loving it.

“The team is energised. It’s tough, when you’re battling for P10 and P12, it’s not what you want. But there are still glimpses of ‘this is where we can be if we do little things better’. I’m confident in the future we can do that.”