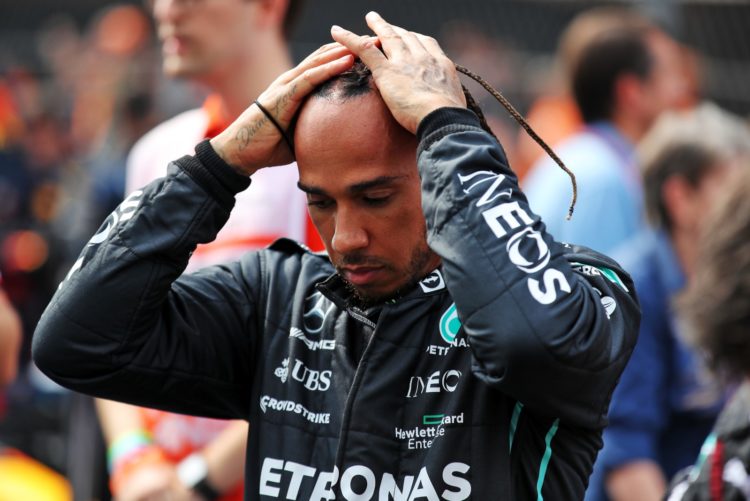 Lewis Hamilton says his emotions “went everywhere” after his prospects of a first win of 2022 unravelled at Formula 1’s Dutch Grand Prix.

Hamilton inherited the lead under the Safety Car when Verstappen pitted for Softs, while rivals behind also stopped for the red-banded tyres.

An irate Hamilton radioed Mercedes to say “I can’t believe you guys f***ing screwed me, I can’t tell you how pissed I am,” before classifying fourth.

“The car was different to how it had been all year long,” said Hamilton. “And when I got up to second, I had that hard tyre on and I was catching them and I was thinking ‘we might be fighting for a win here. And potentially a one-two’.

“And then the safety car and the frickin’ emotions went everywhere because I knew that at that point, I’d lost it.

“Before the restart. I knew when everyone was on the Soft tyre behind me I knew that there was no way I was going to hold them behind me.”

“When you’re the driver in the car, it just comes out of you, you can’t even stop it,” said Wolff.

“We [as the team] are the trash can [or] the vomit bag in the airplane. And we’re taking all that because we need to this is how it is always been in a relationship between frustrated driver and the pit wall. So we have said together we will discuss the race strategy.”