Wolff condemns flare throwing which could have ‘lethal consequences’ 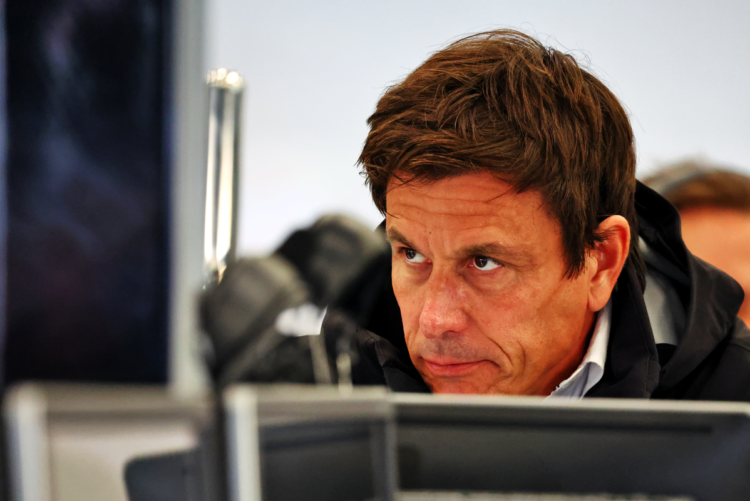 Toto Wolff has criticised the actions of certain spectators who threw flares onto the track during qualifying for the Dutch Grand Prix, stating that the consequences of such behaviour has potential to be lethal for the drivers.

Max Verstappen took his fourth pole position of the season in front of his home crowd at Zandvoort but the session was disrupted due to the flares being thrown.

As Q2 got underway, the session was stopped for a number of minutes as track marshals removed the object, before another was thrown later on in Q3.

The Mercedes-AMG Petronas F1 team principal Wolff didn’t hold back on his words for the spectators responsible.

“It’s a shame that there are a few total idiots out there who don’t consider what a flare on track can do to a driver. If such a can hits you, it could have lethal consequences,” said Wolff.

“The Halo wouldn’t help you in that. We looked at the camera angles and Lewis was going through the pit lane when it happened.”

“I don’t know if somebody threw it at him but it happened before he actually was at that point. I hope that the organisers get a grip on it with security.”

A spokesperson from the FIA revealed that the individual who was responsible for throwing the flare was “identified and removed by event security” with at least one arrest being made.

George Russell also stated the consequences that objects being thrown onto the track could have on the cars but the Briton admits that he would find it to be “a shame to see them banned and stopped for good because it has become part of the show”.

He added: “But I would like to see people show common sense rather than throwing them on to the track. If you run over a flare, and it is sharp, it can give you a puncture. It could cause a lot of damage.”

The Mercedes pair of Hamilton and Russell line up in fourth and sixth respectively for Sunday’s Grand Prix, with Red Bull Racing’s Sergio Perez sandwiched between them in fifth.

Perez was the cause of a late yellow flag in Q3 which caused both Mercedes to abort their flying laps which Wolff believes would have put Hamilton on pole.

“It’s very frustrating. We were a tenth up on Verstappen and Leclerc, so Lewis played for the pole here,” the Austrian told Sky F1.

“I think he [Perez] pushed a lot and lost it. It’s not his fault. You lose the pole because of a yellow or you lose the pole by a few hundredths if you run first. Afterwards, you always know better.

“Everything is possible. We have a strong race car starting on the second row. So let’s see where that can get us tomorrow.”