Ricciardo ‘open-minded with any scenario’ for F1 future 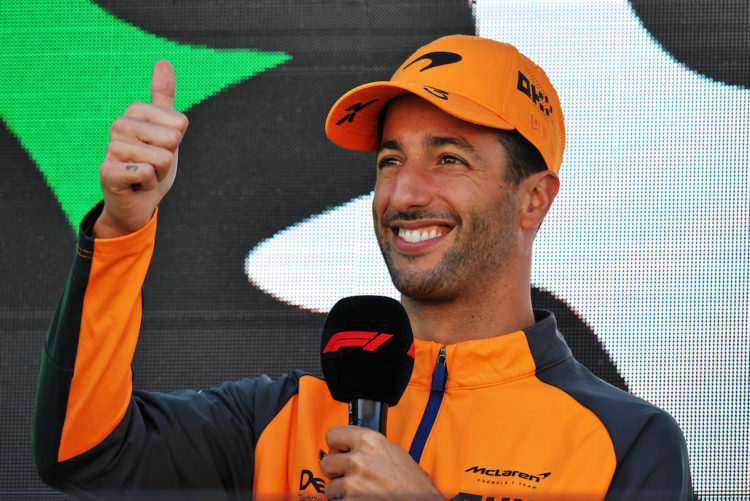 Daniel Ricciardo asserts that he is not ruling out any options when it comes to his Formula 1 future beyond the 2022 season.

Last week, it was confirmed that Ricciardo would depart McLaren at the end of the current campaign amid a run of lacklustre results at the team.

On Friday, McLaren announced that Oscar Piastri would join the team next year, following a ruling from the Contract Recognition Board.

Ricciardo’s future beyond the current campaign is not yet known, however he has been linked to potential openings on the grid, including Alpine and Haas.

However, he has also admitted that he could take a year away from the sport with the aim to return in 2024.

When asked if he would consider a reserve role with a team for next year, Ricciardo said: “I’m pretty open-minded with any scenario.

“There’s kind of pros and cons with all of it. There’s pros with having some time off as well. Currently, that 18 months or so I’ve had has been more challenging than not, so maybe some time away would do me good.

“But then staying active is good. That’s why I kind of want to hear everything. Even if it’s reserve, I don’t want to be too proud to say I’m too good for that, I just want to hear anything and see what makes sense.

“It could be something that sets me up better for the future and next year is just one of those years, just a bit of patience maybe.”

Ricciardo denies that he could dip into other racing categories for next year, asserting he is fully focused on remaining part of the F1 world.

“It’s hard to know and predict too much but the quick answer is I wouldn’t give up on F1,” he said. “If it means I’m not on the grid next year I would still certainly try to find a way on there for 2024.

“It’s honestly the only racing I’m interested in at the moment. My mindset is still I’m an F1 driver.

“I am proud of what I’ve done but I still think like there’s a bit more to show or give. I wouldn’t race another category next year.”